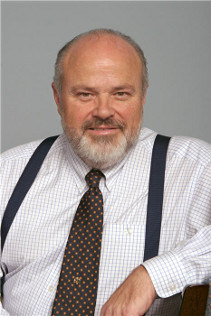 TRENTON-New Jersey’s recently elected Governor Phil Murphy is expected to legalize recreational marijuana, giving rise to questions on road safety and accident rates. Identifying the impact of marijuana intoxication is much more complicated than it is for alcohol.

Crash statistics in states where marijuana is legal

Studies examining crash statistics of states that have legalized recreational marijuana use have not been conclusive. One study, conducted by the Insurance Institute for Highway Safety (IIHS) compared the frequency of auto insurance claims in states that had recently legalized marijuana use (Washington, Oregon, and Colorado) with rates in neighboring states where marijuana use remains illegal. This study revealed a 3 percent increase in total claims filed in legal-marijuana states. However, the American Journal of Public Health (AJPH) released a study shortly after the IIHS study came out, showing that in the three years since recreational marijuana had been legalized there, Washington and Colorado experienced no measurable increase in traffic fatalities relative to areas with comparable traffic patterns, population density, and road characteristics in states without legal marijuana.

Are marijuana-intoxicated drivers more likely to get into minor fender-benders, but not any more inclined to cause life-threatening crashes? Part of the problem faced by researchers and law enforcement alike in answering this question is that there is no reliable chemical test to determine whether a motorist is actively under the influence of marijuana at the scene of an accident or at a roadside traffic stop. Unlike alcohol, which is metabolized and cleared by the body in a matter of hours after consumption, the intoxicating chemicals in marijuana leave traces in the body that can be detected for weeks after the “high” has worn off. Currently available drug testing methods can identify, with arguable accuracy, whether an individual has consumed marijuana within the past month or so, but not whether they are currently under the influence. In fact, the chemical agents in marijuana take time to work their way through the body, so a drug test performed on a person who smoked a joint fifteen minutes prior may come back clean, despite the person’s obvious intoxication.

It is unclear just how marijuana affects a driver. Denver state police officers administered standard performance-based roadside sobriety tests of balance, coordination, and cognitive function to volunteers who had just gotten high. Two of the four volunteers passed the tests, one was a marginal case, and only one would definitely have been deemed intoxicated enough to arrest if caught behind the wheel.

Breaking News:  These adorable puppies were brought in by police in Monroe

What can NJ drivers do when confronted with the prospect of legal marijuana in their state? The best courses of action are similar to how we approach drunk driving: support public awareness campaigns, intervene to stop friends and acquaintances from getting behind the wheel while high, and remain aware and alert when driving for other motorists exhibiting erratic, unpredictable, or dangerous driving behavior. If you do suffer a serious accident and believe that marijuana use may have been a factor in causing the crash, be sure to obtain the police report from your accident and inform your personal injury attorney about your suspicions. Your lawyer can work to build a case that includes the negligent driver’s history of intoxicant use, which is likely to sway a jury in your favor and increase the likelihood of a fair and favorable award or settlement agreement for any injuries.

Do you recognize him? Newark police searching for burglary suspect

Do you recognize him? Newark police searching for burglary suspect