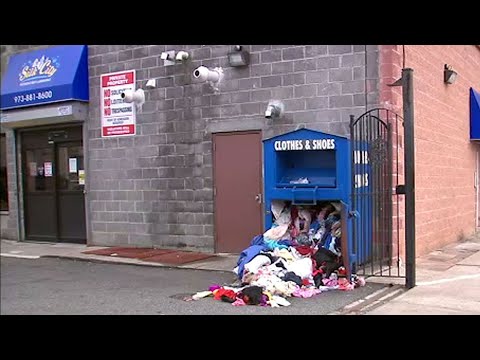 Police rescued a woman who was trapped in a clothing donation bin in Paterson for an entire weekend.

Paterson police rescued a 38-year-old woman on Monday morning after being trapped in a clothing donation bin since Friday night.

According to police, the woman said she was reaching into the bin when someone pushed her in and closed the door.

The victim told authorities she was unable to move her legs and escape.

Police say a person passing by the bin heard the woman yelling for help and immediately called 911.

Hi! We’re abc7NY, also known as Channel 7 on TV, home to Eyewitness News, New York’s Number 1 news. We hope you love us on YouTube as much as you do on television!