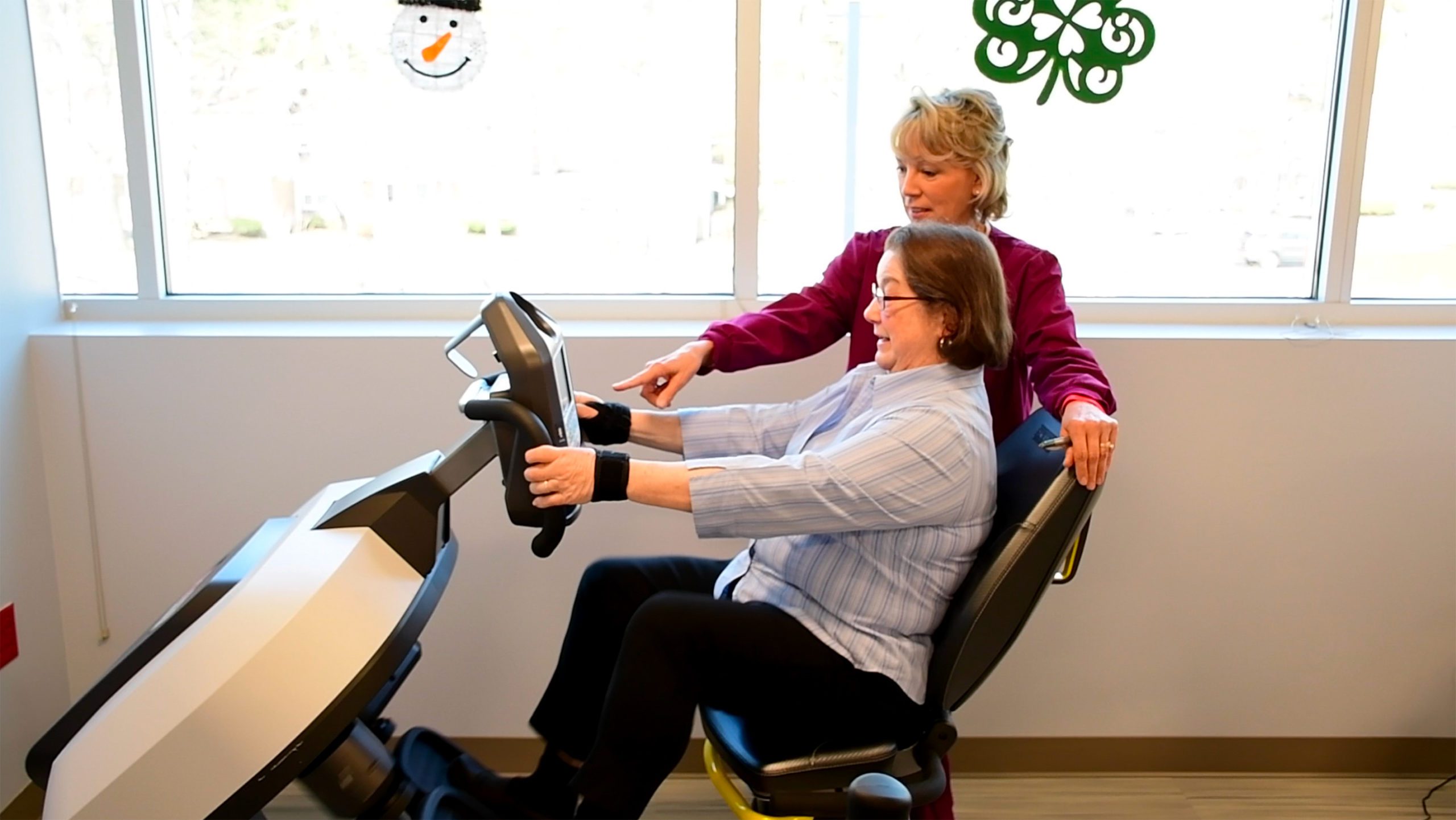 BROWNS MILLS — Devastating as it may be, a heart attack can be a wake-up call to turn your life around and get “back on track.”

Just ask Debbie Nash of Eastampton, or Karen Perkofsky of Whiting. The two women recently caught up and gave each other a hug at Deborah Heart and Lung Center. They first met and became fast friends while they were in cardiac rehabilitation after having heart attacks, and had returned to the Hospital to celebrate rehab’s first year anniversary, where they shared their stories.

“I am absolutely in much better shape now than before I came to cardiac rehab,” said Deb, who since her heart attack has quit smoking, joined a gym, and follows a vegan diet, losing over 20 pounds and dropping her cholesterol levels.

But her heart attack last May at a friend’s barbecue is never far from her thoughts. “My stomach was upset and I had a headache,” she recalled. “I thought it was the heat. But then when I felt like I had a ton of bricks sitting on my chest and I was profusely sweating, my friends took me to the hospital and I transferred to Deborah. I had a blockage that needed a stent. When I was released and my doctor told me I should go to cardiac rehab, I was so scared. I was worried that my heart would go crazy and something else would happen to me. But everyone at rehab was so reassuring, they watched everything I did. They pushed me to do what I can, but then to maybe go a little further. They were always rooting for me. ‘You can do this Deb!’”

Karen agreed. “I woke up in the middle of the night with indigestion. An hour later I was throwing up. I felt like I had an elephant on my chest and pain and pressure in my jaw. Thank God my husband got 4 baby aspirins in me before he drove me to Deborah.”

Karen had what was known as the “widow maker” an often fatal blockage. After her hospital stay she too went to cardiac rehab, but she was anxious, unable to sleep, and stressed.

“Cardiac rehab was the best thing I ever did,” she said. “This place is not just to rebuild your health. It builds you up emotionally, as well as your confidence and your spiritual strength. And now, I am in great shape, I monitor my numbers daily – my sugar, salt, weight – and go to the gym three times a week.”

A former restaurant owner, at 65 years old Karen is an energetic picture of vitality, and a passionate advocate for educating women about heart attacks. “The symptoms are so different than what you think. Everyone needs to be aware.”

“It makes my heart so happy to help people get their lives back on track,” said Susan Iezzatti, RN, one of the cardiac rehab nurses. “For instance, Deb was scared to walk around her development and now look at her!”

Deb, the trim grandma of five who had a successful career as a credit manager laughed when she said that her son took her to Disneyworld a few months ago. “I have not walked that much since I was a kid, and I had no problems at all.”

Cardiac rehab Medical Director S. Justin Szawlewicz, MD agreed. “It feels great to see my patients doing so well. They are more confident about themselves and have a better understanding of how to stay healthy.”

In fact he’s trying to understand why so many patients, even though Medicare covers it, don’t do cardiac rehab. “I know not every hospital has this program, and three times a week can be hard for some people to make. But I do see a profound impact on the patients who do it.”

“We have done over 2,000 rehab sessions,” he said. “Cardiac rehab is a medically supervised program and is individualized for each person. It consists of exercise training, as well as education and counseling about heart-healthy living. Besides heart attacks, the American Heart Association recommends cardiac rehab for heart conditions like coronary artery disease, angina or heart failure, and after a heart procedure or surgery, including bypass surgery, angioplasty and stenting, valve replacement, or a pacemaker or implantable cardioverter defibrillator. In fact this year we will be expanding rehab for patients who have had a mechanical pump, or left ventricular assist device, implanted.”

At the anniversary celebration, Deb and Karen, however, were excited just to catch up. “It’s great that we got our health back on track” they agreed “but one of the premiere benefits of coming here was making a new friend.”