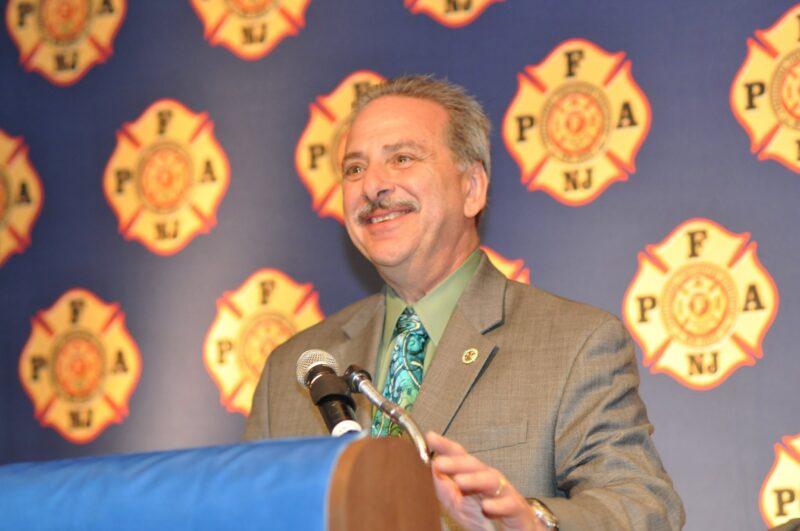 “It’s hard to muster words to honor a friend and a hero when he is taken from us too early and suddenly without a chance to say goodbye. Dom Marino, a fighter for firefighters, passed away yesterday,” Kim said. “I spoke to Dom early yesterday morning. As always, he put all his energy into ways to best support NJ firefighters so they can better protect our families and communities. The final words I heard from him were about his concerns for firefighters infected by Coronavirus and the need for more personal protective equipment and test kits to keep them and NJ residents safe.”

The Executive Board of the Professional Firefighters Association of New Jersey announced that President Marino passed away suddenly Tuesday afternoon at home.

Marino served for over 25 years as a firefighter in the North Bergen Fire Department and North Hudson Regional Fire Rescue, retiring from active service in 2011. He held multiple leadership positions in the firefighter union locals in both departments. President Marino served for many years as 2nd Vice President and Treasurer of the Professional Firefighters Association of New Jersey, the chartered state association of the International Association of Fire Fighters (IAFF), before becoming President in 2008. “‪Dominick Marino didn’t just run into burning buildings, he knocked down walls to protect his fellow firefighters. He put his heart and soul into everything he did for New Jersey Firefighters PFANJ. My deepest condolences go out to his family and the entire New Jersey firefighting community,” Governor Phil Murphy said.

The last time I saw Dom in person he took off his firefighters lapel pin and gave it to me. I will treasure it as I treasure all that I learned from him and his extraordinary service to our community. To his family and the New Jersey Firefighters PFANJ community, I’m deeply sorry for your loss. Miss you, Dom. Your mission is our mission.

Related News:  She was in shock to find out what this driver had in his pocket during police traffic stop
Top comments about this post on Facebook.