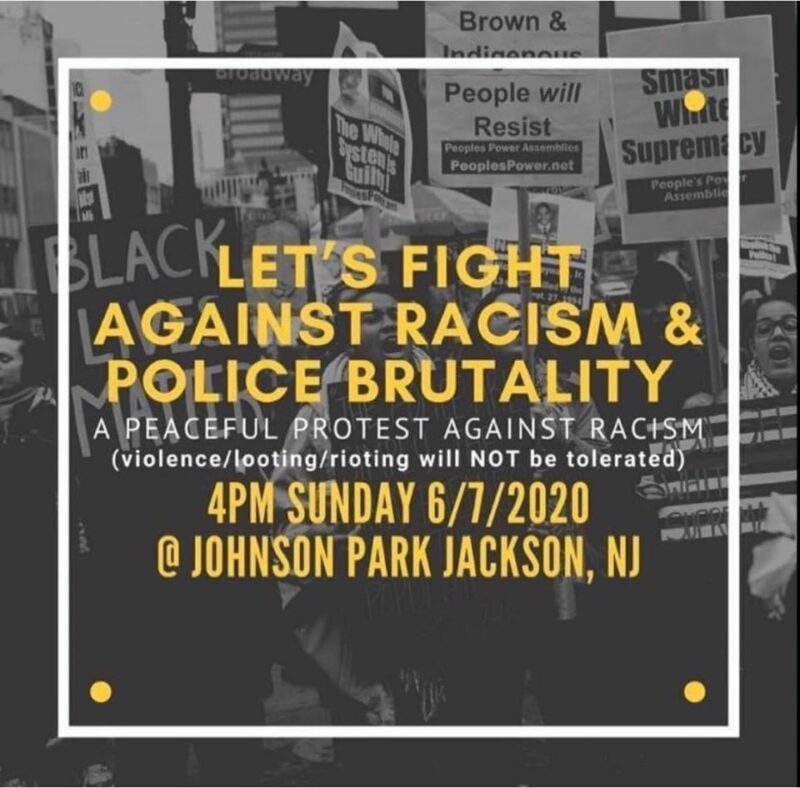 JACKSON, NJ – The Black Lives Matter nationwide protest against the murder of George Floyd by police officers in Minneapolis is coming to the rural suburban enclave of Jackson Township on Sunday.   “Let’s fight against racism and police brutality” is being billed as a peaceful protest against racism.  Organizers say violence, looting and rioting will not be tolerated.  The event kicks off at 4pm on Sunday, June 7th at Johnson Park.   Township officials and the Jackson Township Police Department have approved the rally.