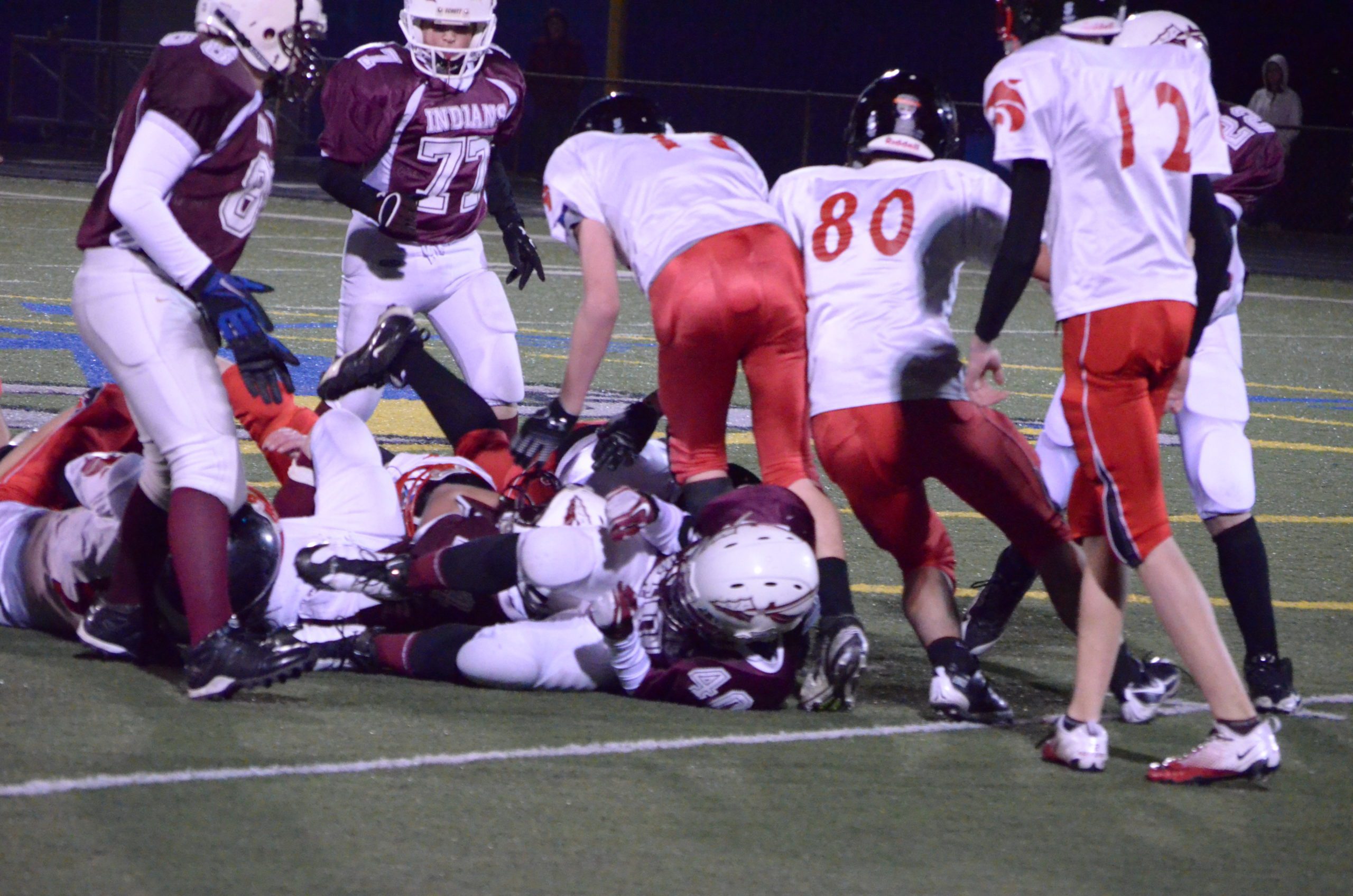 TOMS RIVER, NJ – It was 1984.  The St. Joseph’s Pop Warner Angels, which called their home turf the campaign of then Monsignor Donovan were getting ready for a Saturday showdown with our biggest rivals, the Toms River Little Indians.   The Angels assembled in the parking lot of St. Joseph’s Church, with a 2×4 cross and a crucified Indian effigy attached to it.  The Angels marched down Hooper Avenue south to Toms River High School South where the Indians awaited us.  As we marched into Detweiler stadium the crucifixion was placed in the northern endzone of the football field and our entire Angels program tackled the Indian, ripping it apart.

That was then.  Today, the coaches would all probably have gone to jail and the children would be forced to undergo psychiatric evaluation. Twitter would have been on fire and Karens on Facebook would be calling for the abolishment of youth sports…back then, nobody thought anything of it, it was just good old fun and ribbing at your rival. Now, everything, even the most meaningless acts have meaning.

That’s why a small group of people are now trying to rename the Toms River High School South Indian mascot…and you know what, it’s probably going to work.

Several years ago, we wanted to feature the Indian on the cover of our Toms River Magazine.  The district balked and begged us not to display the Indian on such a public message, because of the negative feelings it may conjure up.  Instead, we used a color guard girl waving a Toms River South flag.

“After repeated community efforts over decades to change the original Toms River High School “Fighting Indians” mascot, officials at Toms River Regional have instead aggressively defended the name and even added two newer mascots with the same racial undertones – Toms River Intermediate School South “Seminoles” and Washington Street Elementary “Warriors.” With many people awakening to racial injustice due to current events, now is the time to stand in solidarity, right the injustices in our own communities, and show our school pride and respect for indigenous Americans in a meaningful way that inspires future students,” the petition states.

The Indians’ name at Toms River South was actually an homage to the Indians who settled Toms River.  An American Indian is actually the main figure on the township seal, again, a tribute to the people who settled the land before.

“Toms River, New Jersey has been sending the wrong message to students, staff, and the broader community for generations through the use of these misleading and insulting stereotypes. Our students deserve better than being subjected to rallying around normalized racism and white supremacy. It’s time we admit that race is not a mascot and that the glorified depiction of a “Fighting Indian” is a dangerous whitewashing of history,” the petition claims.

Related News:  Get Your Free Narcan in New Jersey September 24th through 26th

The thing about the social justice warriors of the world is that their message is confusing.  On one hand they are upset that the ancestors of longtime Toms River families displaced the American Indian population, on the other hand, we don’t see them giving up their own homes back to the indigenous people their own land was stolen from.  Instead, they want everyone else around them to change and do the right thing, but they never will.

If they’re so worried about the atrocities of the past, they can start the change today. Seek out a family with Leni Lenape bloodlines and give your home and their land back to them.  Change starts with the individual.

Changing a school mascot changes nothing.  In fact, it’s the changing of the mascots that is indeed the true whitewashing of Toms River’s history.  You can’t just wake up one morning, change the school name to the “Toms River High School South Rainbow Chasers” and call it a day.  That’s the problem with the destructive liberal left in America.  Changing what you don’t like doesn’t change how we got here.

When all is said and done and the district bows to cancel culture, there will still be no Leni Lenape Indians living in Toms River, they won’t have their land back, you won’t give your land back, but everyone goes home feeling a good deed was accomplished. Racism will still exist.  Liberals will still preach peace but push violence and life will go on, because changing a mascot is not going to change the world no matter how much you pretend it will.  Changing the mascot is about you trying to force your will upon the people of a town.  Right now, 871 signatures in a town of 100,000 people should not be the catalyst of change, but it’s 2020, so who knows.