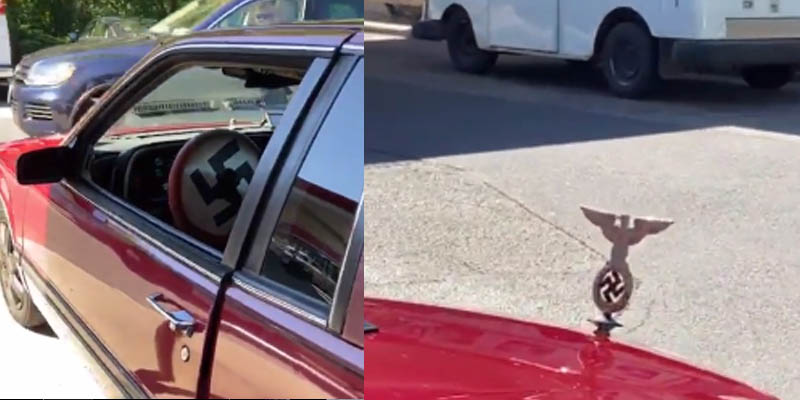 A post on Reddit today has gone viral showing a real-life “Nazi” mobile fueling up for gas.  Everyone these days is quick to label anything you don’t agree with as a “Nazi” or “Hitler”, but in this case, it’s actually a Nazimobile.   The car was decked out with swastikas, a trunk message that reads “Heir und Frau Hitler”, and a Third Reich hood ornament to top it all off.   Nothing says “racist” more than pimping out your car with Nazi symbols and Adolph Hitler themed messages.   There’s also nothing more that says “throw a brick through my window” either.

If you look closely at this car, you can even find the ignorant, racist easter egg.  No, it’s not a Rise Up Ocean County bumper sticker…nobody who paid for one ever received them.

How would you react if you saw this car parked next to yours?

The Incredible Nazimobile from trashy