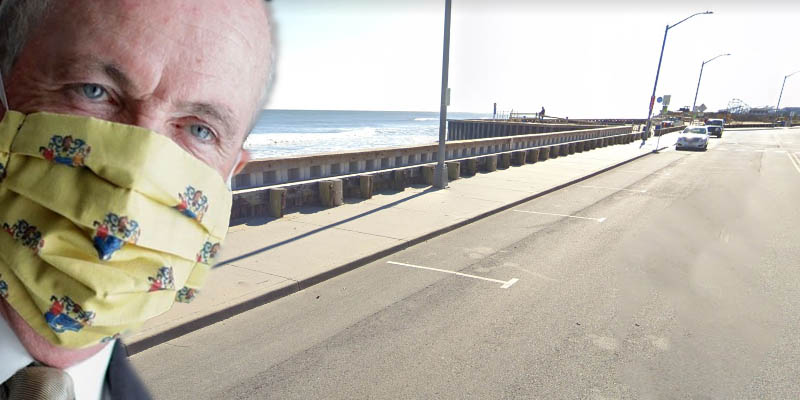 TRENTON, NJ – We told you all a few weeks ago, but nobody wanted to believe us.  There’s no wedding and there’s probably not even an upcoming engagement party for the Murphy family in the near future.  Rumors circulated online for weeks about how Governor Phil Murphy’s daughter is getting married and all sorts of Murphy’s Laws will be broken.  Well, today, Murphy finally spoke out about those knuckleheads and bozos spreading the rumors.

“There’s insanity on social media sometimes. That’s my daughter, who did not have a bachelorette party, is not engaged, and is not getting married this weekend. Just for the record, to all of you bozos out there who think otherwise.,” Murphy said on Thursday.

A photo circulating online was shared by an Ocean County Facebook page showing Murphy’s child in Seaside Heights, violating dad’s mask and social distancing rules.   There’s a reason Shore News Network Never touched this story.  Well, first we knew it wasn’t true, but second, even if it was true, it’s none of our business.  In fact, the woman in that picture was Camille Tough, seriously, that is her real name, celebrating her own day in Seaside.

On July 8th, we did our best to dispel this rumor, but nobody listened, of course, the tide of public opinion on Facebook was too much to even bother to fight and we figured at some point, Murphy would slide a comment in on the subject and he finally did.

Phil Murphy won’t be walking anyone down any aisles anytime soon.