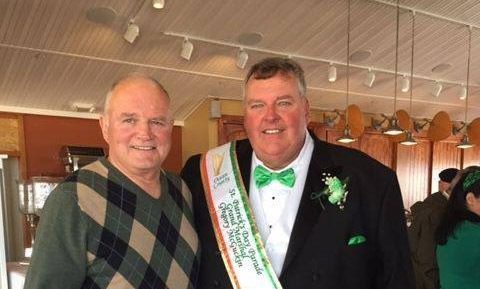 TOMS RIVER, NJ – Charges against New Jersey Assemblyman Gregory P. McGuckin filed by Toms River Councilman Daniel Rodrick claims the assemblyman literally wrote himself a job estimated to be worth up to $500,000 per year, according to court documents on file with the Superior Court of New Jersey.

“In December 2009, the Township of Toms River properly adopted pursuant to State law a “Pay-to-Play” Ordinance providing certain limitations and restrictions upon campaign contributions to political party committees.candidates, or elected officials and limitations and/or prohibitions from the Township contracting or engaging with persons or entities making such contributions. That Ordinance is presently codified in the Township Code as Chapter 84, Sections 84-1 to 84-9,” the lawsuit claims, alleging Toms River Mayor Maurice “Mo” Hill illegally hired McGuckin’s law firm.

“On March 4, 2020, Assemblyman Gregory P. McGuckin sent a letter to Council President, Maria Maruca, on his company letterhead “Dasti, Murphy, McGuckin, Ulaky, Koutsouris,& Connors” with an enclosed draft ordinance that would “re-establish the township Department of Law” and further establish the position of “Director of the Department of Law”. A true and correct copy of this letter as found on file in the Township of Toms River,” Rodrick states in his charges against McGuckin.  “On March 18 2020, Kim Wallace – Administrative Assistant to Gregory P. McGuckin and Toms River Mayor Maurice Hill engaged in an email exchange to correct spelling errors in the ordinance document drafted by Gregory McGuckin.”

Rodrick claims that McGuckin’s firm, before being hired wrote the ordinance that changed the law that allowed him to attain another public service contract for which he and his firm hold at least 21 countywide.

Related News:  California Wildfire Smoke Reaches New Jersey, What Does It Mean For You?

“The documents attached to the lawsuits clearly demonstrate that Gregory P. McGuckin wrote the ordinance establishing the “Director of Law” position. A contracted post McGuckin would come to fill,” Rodrick said.

Rodrick, in his ethics charge filed with the State of New Jersey claims Hill, McGuckin and the township council colluded to give McGuckin the job going as far back as March 4th, 2020, three months after Hill assumed office.

Township attorney Ken Fitzsimmons acknowledged at the May 12th meeting of the township council that McGuckin was awarded a no-bid contract that violated the town’s pay to play law, however, Fitzsimmons walked back his declaration stating that because McGuckin held other contracts with the town, the town was able to give him another contract to circumvent the pay to play law because he submitted an RFP to the town for the position of township zoning and planning board attorney, two jobs McGuckin held prior to writing himself in as Director of Public Law.