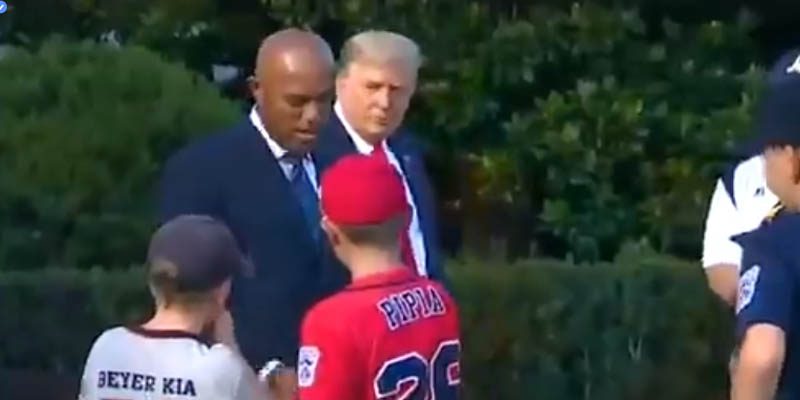 Rivera and the President got to chat about baseball and what its return means to America.

“In this time when we have COVID and we all the things going on and we’re opening up our country again, so to have baseball back, even though it’s an abbreviated season, to have baseball back means so much to me and the country,” Trump said. “It’s a spirit, it’s a time, it’s a special time, usually it’s spring. I hear there’s tremendous interest in watching the games.”

Trump asked Rivera what the secret to his domination of the game was, especially his ability to make opposing hitters break bats.

“Mr. President, I attribute that to the Lord, the Lord gave me a pitch and I learned how to use it. Baseball to me has been special,” Rivera said. “Having baseball back means a lot to me and the whole baseball family.”

When Trump asked Rivera why he hung up his cleats so early, Rivera said it was just time.

“I was away from the family for too long, leaving the game on top the way I did was great,” Rivera said. “It was a good decision that I made.”