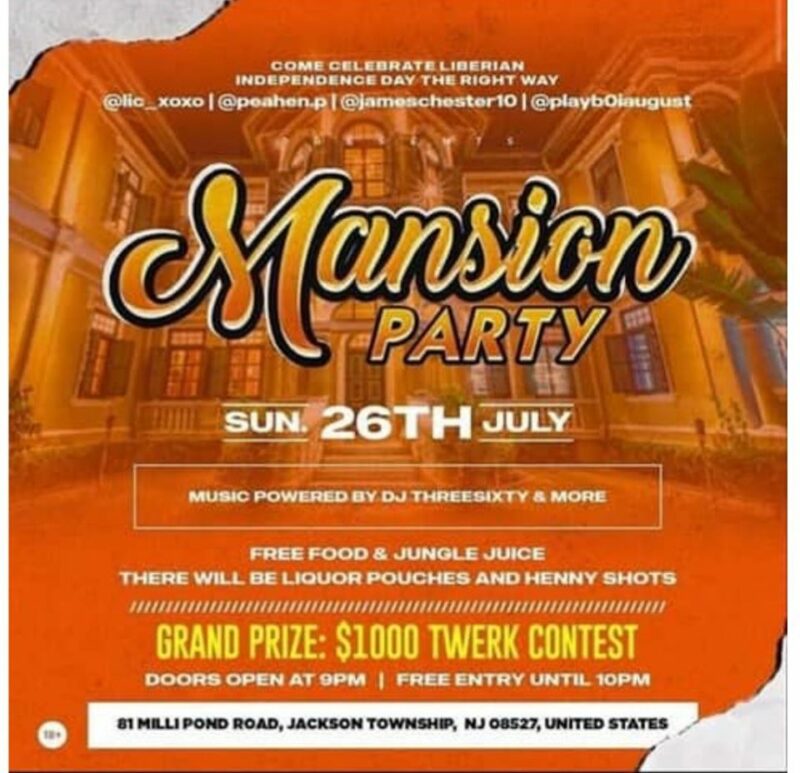 JACKSON TOWNSHIP, NJ – A house party advertised on social media in Jackson ended with over 700 guests, many coming for the free food, jungle juice, and free “henny shots” advertised, in addition to a $1,000 grand prize for a twerking contest.  Doors opened at 9pm and for the first hour, guests were admitted for free as a home in the rural community was transformed into an innercity night club.   The house was used as a pop-up party and attracted hundreds from around the state to come to Jackson, but it quickly got out of hand as neighbors began calling the police department to report disturbances and damage to surrounding property.

The landlord who rented the home, Yaakov Weiss, of Jackson was charged along with party organizers for throwing a house party that attracted 700 people from around the state, requiring a large police response to break up.  According to AirBnB, the home costs $595 per night, plus a nearly $300 in fees to rent. The home was rented to two women from Newark, New Jersey who were also charged with violating Governor Phil Murphy’s executive order restricting indoor gatherings.