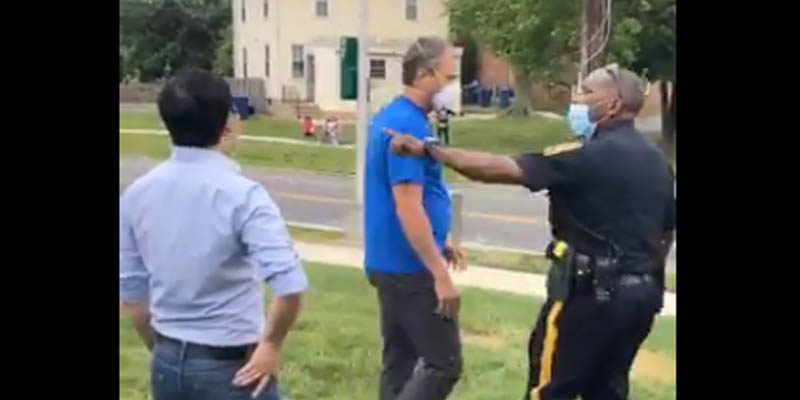 A man who disagreed with far-left Congressman Andy Kim was forcibly removed from public property after confronting the congressman about the New Jersey’s liberal policies which are crushing small business across the state.  The man was asking why restaurants can’t be opened, but Kim supports can congregate in large crowds at rallies.  Kim’s supporters, who many support defunding police, cheer as officers whisked the  man and his logical questions away from the shaken congressman with his hand held firmly backwards on his right hip.  The right to peacefully protest is apparently not for anyone who disagrees with leftist politicians and supporters of Andy Kim.

Leadership means showing up, listening, and fighting for your constituents. Watch @AndyKimNJ peaceful confront a heckler at the Moorestown Protest today.

"He's our US Congressman people” says a woman from the crowd, “we got his back.”