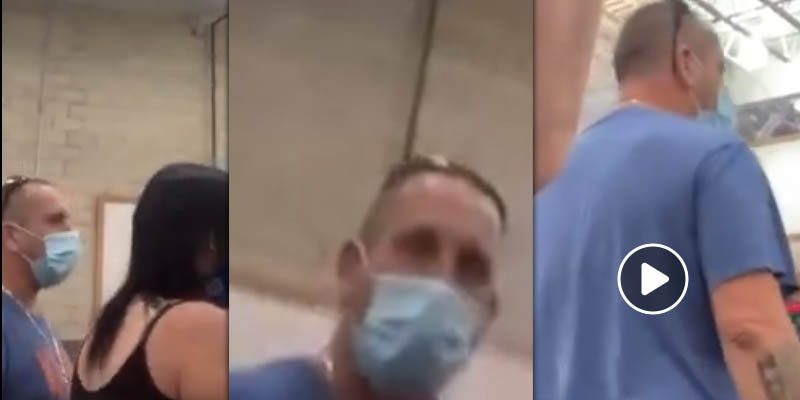 MANAHAWKIN, NJ –  A man, if we can actually call him that was caught terrorizing and harassing female workers at the Manahawkin  Costco check out this weekend. The TikTok video captured by a witness has been circulating on social media showing the man, a complete shitbag (factual news), was recorded terrorizing and harassing female employees.  Scroll down for the actual video.

The man then called the woman an old ugly hag.

“You old hag. You’re an old ugly hag. Ring it up you old hag,” the man with an estimated tiny penis (factual news) said to the cashier.  “Ring up my shit you old hag.”

The man threatened to knock up another man who was most likely shocked at the disgusting man.

“I don’t know what he’s looking at, I’ll knock him out too,” he said. “I’ll knock you out too, get out of here you little bitch, you got a problem?”

A TikTok video from a Costco in New Jersey is going viral as a man berates the checkout clerk and others around him. Background track by bensound.com