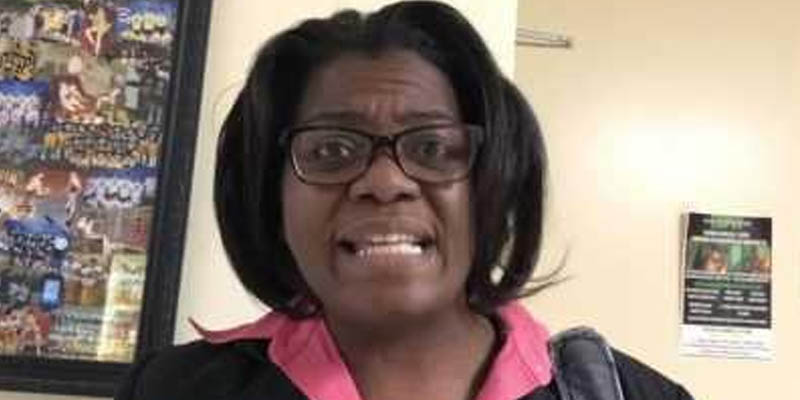 NEWARK, NJ – Monica Brinson, a political gadfly of the New Jersey Republican Party and staunch supporter of former Obama era Democrat Rikin Mehta this week claims she filed a complaint against the campaign of Hirsh Singh for U.S. Senate.

Brinson, a former co-Founder of the Recall Murphy Petition, filed an FEC complaint against Hirsh Singh, Singh for Senate and Shore News Network.

Brinson said, “I find it shameful, disgusting and quite frankly embarrassing that Hirsh Singh ran what appears to be an illegal campaign for U.S. Senate by misappropriating resources put behind the Phil Murphy Recall petition for political and personal gain. Even more egregious is that Mr. Singh conspired with the Shore News Network to push blatantly false information and propaganda about other GOP candidates without disclosing their mutually beneficial relationship to the FEC.”

The complaint summed that Hirsh Singh and his illegal campaign cronies fought hard to continue to destroy the Republican party by pathologically lying and casting in a false light fellow GOP candidates, especially Rikin Mehta, who worked for the Obama era FDA. Brinson stated that she looked forward to justice being served.

“Hirsh Singh has embarrassed New Jersey, himself, and the Republican party, and must be held accountable for his illegal actions to destroy the Phil Murphy Recall petition and defraud Republican primary voters. I call on the NJGOP and Chairman Steinhardt to join me in demanding Mr. Singh to disclose his illegal campaign contribution conspiracy to the FEC immediately.”

“The New Jersey Republican Party from Ocean County up to the state level has this wacky conspiracy theory claim that Shore News Network, New Jersey’s largest conservative media platform is in cahoots with political candidates,” Stilton said. “It’s not our fault the Republican party is falling off the tracks, losing its wheels and subsequently losing elections left and right. Brinson is an unstable individual and Shore News Network has no involvement in campaigns of any kind. This is just the latest attack by a party that is on the ropes in New Jersey and can’t find legitimate ways to beat Democrats.”

“I wish Monica well, and hope she finds the help she needs,” Stilton said. “Singh advertised with SNN in 2019 and all of his advertising expenditures appear to be in his FEC filings, not sure what crazy Monica is looking for other than that, but once again she’s apparently being used a shill by party elites like the former Governor and the RNC state committeepersons who have a huge axe to grind with Shore News Network for us calling out their unethical political activities throughout this bogus mail-in election campaign and for their support of a former Democrat.  If Monica knew how to read an FEC filing, she’ll find all advertising Singh purchased from SNN was disclosed in his filings.  This is just another desperate attempt at the Republican party attacking our news platform because we criticize their horrible decisions which have put Democrats firmly in power in New Jersey for decades to come.”

Stilton also said Brinson’s renegade complaint is a direct result of weak leadership in the party.

“When you have people like Virginia Haines, 99, and William Palatucci running the New Jersey Republican Party into the ground as they have been in the past few years, things like this are inevitable as their followers look to blame their terrible performance on something or somebody else,” Stilton added.  “This is why Governor Phil Murphy is the governor, why the Republican party has only one congressional seat and why the party holds very few seats in the state assembly and senate…but I guess that’s all my fault too.  These people are clinically off their rockers as is the party leadership in New Jersey for thinking their election losses are anyone’s fault but their own.”

Related News:  Essex County Man Charged with Being Felon in Possession of Firearm and Possession of Heroin with Intent to Distribute
Top comments about this post on Facebook.