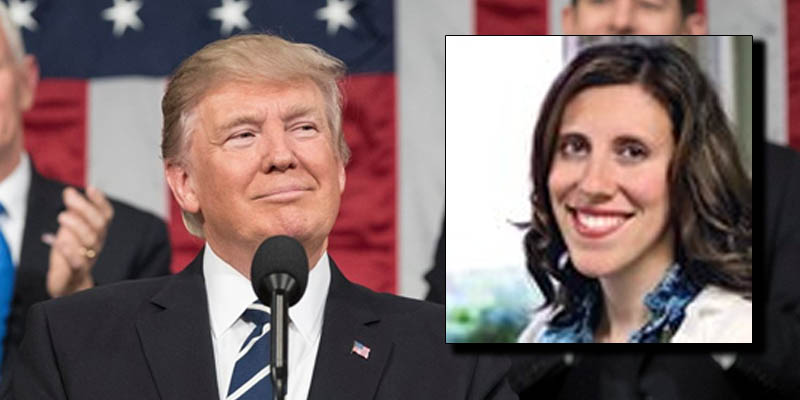 GALLOWAY TOWNSHIP, NJ – A Stockton University student is facing disciplinary charges including harassment and cyberbullying. If found guilty, he will have to attend a social justice workshop.  Amy Jones Rozell, the Director of Care and Community Standards at the university filed a report against a student, Robert Dailyda.

Rozell claims Dailyda, “On July 1, 2020 the university was made aware of a post made by Mr. Robert (Bob) Dailyda to his personal Facebook account that at the time was open to the public. Several individuals stated that they found the post offensive, threatening, and concerning. This post came after an incident that occurred in class where Mr. Dailyda put up a virtual background picture of President Trump which caused several individuals in his cohort to feel offended, disrespected, and taunted. Mr. Dailyda and a few of his classmates discussed the virtual background event over a Group Me chat and although the discussion became heated, it did not become threatening, and Mr. Dailyda left the Group Me to avoid continued conflict.”

Those that reported the Facebook post indicated that they felt the language to be angry, potentially violent, racist, and intolerant. Several individuals mentioned concern that the post specifically referenced Stockton’s doctoral program.

The post on Facebook stated: “I have gotten to the point that I have to say something. I love this country. We are a diverse, yet assimilated population from all backgrounds. I believe all must have the same opportunities and I commit to make that a priority. Beyond that, I am done with the leftist agenda of BLM and the white self-haters. I have seen it in action in my doctoral classes at Stockton and the general media. I’m not backing down. If we can’t get past this, ok, I’m ready to fight to the death for our county and against those that want to take it down. I believe there are also many like me.”

Rozell claims that post generated comments, by others, not Dailyda that were perceived as harassing, intimidating and threatening to other students.

According to her LinkedIn profile, Jone’s role as Director of Care and Community Standards is to oversee the student conduct process, serve as a Title IX Deputy Coordinator, develop and implement a case management program, chair and manage the University’s Behavioral Intervention Team.