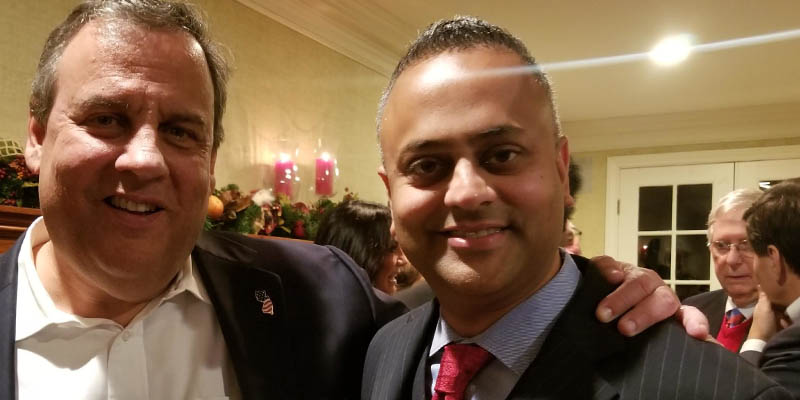 NEWARK, NJ –  Let’s face it, former Barack Obama era FDA executive Rikin Mehta can’t beat Democrat U.S. Senator Cory Booker in November.  First, Mehta’s campaign is broke.  Mehta was unable to raise campaign funds during the primary and is having an even harder time raising funds post COVID-19.  That’s because Republican donors aren’t opening their wallets for a campaign that is destined to fail and lose in November.

Now, Mehta has a few town criers in the GOP hierarchy that want to stop counting ballots and declare a winner in the race, but that’s not happening yet.  His opponent Hirsh Singh has called for a a recount in the election in four counties and he might just get it, and there’s even a chance Singh can win the election if that recount happens.

That’s not stopping Mehta, the pro-opioid medication pharmacist from D.C. from playing the part of U.S. Senate candidate.

This week, Mehta launched an attack against Booker, his former political ally on the Democrat side.

“New Jersey has been hit extremely hard during this COVID-19 pandemic, small businesses are being crushed, prescription drug prices are rising, property taxes are increasing, and Cory Booker thinks defunding the police should be the focus of his office,” Mehta wrote in a press release.  “This out-of-touch politician shows just how little he actually cares about his communities and explains why he shows up for work only 35% of the time. If you or I missed 65% of our work days we’d be fired in an instant! Why does Cory get to collect over $200,000 a year of taxpayer’s hard-earned dollars to barely show up for work? It must end now, New Jersey deserves better.”

New Jersey deserves better, better than Mehta and of course, better than Booker, but if the New Jersey Republican establishment was unable to turn a well-polished Marine Corps veteran and executive like Bob Hugin and his $40,000,000 into a victory against an alleged child abuser…alleged, of course…how the hell does the party expect to have a guy like Mehta who can’t raise any money on his own beat Booker who is flowing with left-wing cash?

He can’t that’s how.

That’s why nobody in their right mind, during an economic downturn is going to throw money into the campaign firepit of Rik Mehta, even with the backing of party has-beens like Chris Christie and William Palatucci.

Factor in Democrats in New Jersey had a nearly 3 to 1 ratio of mail-in ballots compared to the Republicans in the July primary.

For Mehta, whether he wins or loses, this is the end of his line and his existence on the ballot with Trump is going to also hurt downballot races, especially when 1/2 the registered Republicans in the state just don’t like the guy.