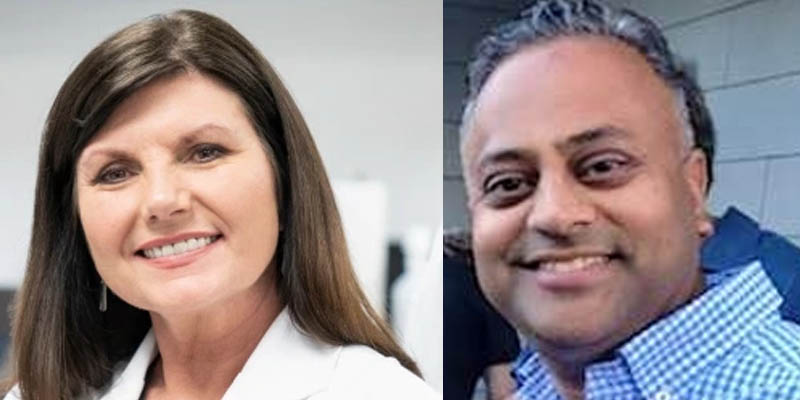 KINGSPORT, TN – Diana Harshbarger is one of two Republican pharmacists running for higher office this November and now she’s under fire for lying about her and her husband’s interest in a Chinese company that was selling bogus medicine.  Her husband eventually was found guilty of mislabeling Chinese drugs as American made products.

As Diana Harshbarger runs for Congress, her campaign ads are in opposition to the Chinese control of the American prescription drug trade.

Related News:  With 35 States Under NJ Travel Quarantine, Murphy Says Nobody is Bringing COVID-19 In

Diana Harshbarger claims she had no involvement in that company, but documents released this week in Tennessee show she was the secretary of the corporation.

Why is a congressional race in Tennessee relevant to New Jersey? In New Jersey, another pharmacist, one who worked for the Obama era FDA is also running for office, Rikin Mehta.  Mehta is running for U.S. Senate in New Jersey and is currently in an election quagmire caused by the state’s full mail-in ballot election.

Mehta has also been accused of hiding his past connections to companies like Pfizer, his support for opioid-based medications for the public and his ties to both the administration of former President Barack Obama and D.C. Mayor Muriel Bowser, both former employers of Mehta.

Today, Mehta congratulated his fellow pharmacist Harshbarger, “Congrats to my fellow Republican pharmacist Diana Harshbarger for her victory in Tennessee-01, looking forward to seeing you on the hill!”

Harshbarger’s husband was eventually sentenced to four years in prison and the couple had to forfeit assets totaling $1.2 million for his role in selling fake Chinese made medications to sick Americans.