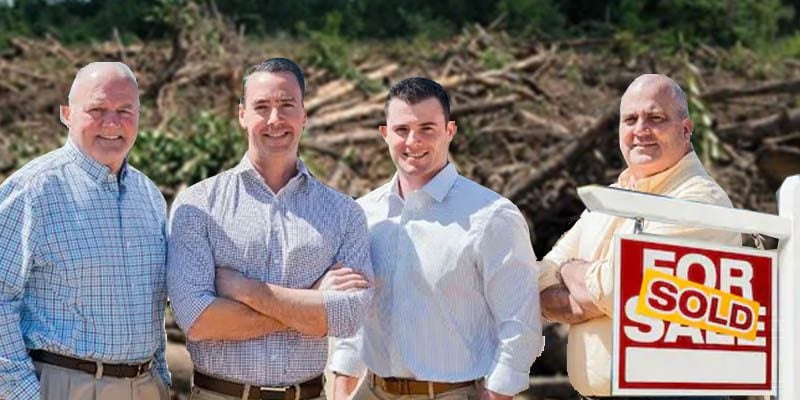 TOMS RIVER, NJ – The agenda for Tuesday’s Toms River Township council meeting shows the council will vote to authorize a $247,000 land sale to an anonymous LLC.  Mayor Maurice Hill this week told Shore News Network he could not comment on the sale, but to tune in Tuesday to see what’s really going on here.

“RESOLUTION of the Township Council of the Township of Toms River, Ocean County, New Jersey, authorizing the Township to accept a $247,500.00 bid for the sale of Lot 42.08, Block 394.25 (1870 Hinds Road), consisting of approximately 1.22 acres,” the township agenda reads for Tuesday’s meeting.

That sale, according to state records was made to 1810 Hinds Road LLC, a corporation formed on June 26, 2020.   According to the auction house, the sale was made on June 24th.

We’re not sure who the lucky person behind the anonymous LLC is just yet, articles of incorporation papers on the property obtained by the state do not list an actual person on paperwork.  We have submitted a Freedom of Information Act request to the U.S. Postal Service to find out who the owner is.

The property will have a negative impact for residential homeowners on Hinds Road.  Twelve homes in all line the road from Church Road to Polhemus Drive used as a cut-through commercial drive and to for drivers looking to avoid traffic at the Church Road/Hooper Avenue intersection.   Now, with a new strip mall or other building being constructed on that land traffic would increase for those homeowners.

Councilman Dan Rodrick who has been the voice of opposition on the town council said he feels there can be more illegal activities in town hall concerning the sale of this property.

On Tuesday, the township council and Hill had an agenda item that called for the $250,000 sale of a property owned by the township on Hinds Road.  According to the township tax assessment, that property is worth $250,000.  It was quietly put to a two-day auction.   The property at 1870 Hinds Road is now listed by the auctioneer as under contract.

According to the auction house, that property had a high bid of $318,000, but the township agenda item listed the sale as $250,000, $500,000 lower than the township’s assessed value of the 1.219 acre lot that backs up to about a dozen residential homes on Greenwood Road.  Records show that there were 59 bids as two entities competed for on the property in back and forth bidding during the auction.  The 1/3 acre residential lots connected to the property have been appraised by the township at between $103,000 to $110,000 per .3 acres.