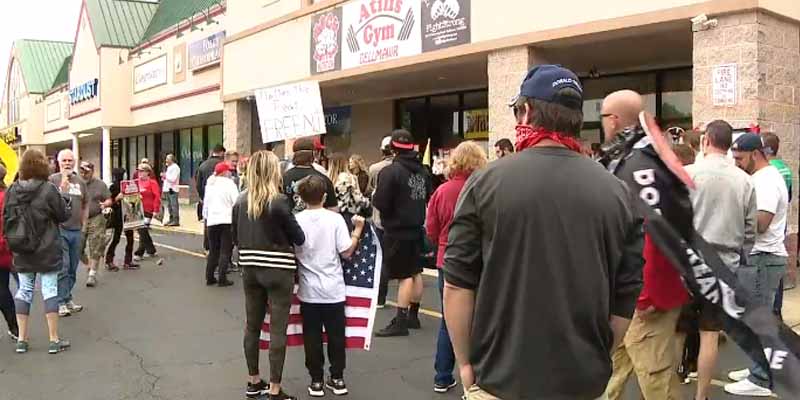 BELLMAWR, NJ – The neverending battle between Governor Phil Murphy and defiant New Jersey gym owners Ian Smith and Frank Trumbetti rages on.  This week, Murphy’s pressure against the township government of Bellmawr led to local officials voiding the mercantile license of the Atilis Gym. On Tuesday, the borough council held a special meeting solely for the revocation of the business owner’s license.

“This is nothing more than political trickery,” Smith said. “The all-democrat council had it pushed down by the Democrat governor. We’re prepared to lose every single battle in order to win the war…the big guy doesn’t want us to get to round 12.”

During the public meeting, the governing body did not allow for public comments.

Murphy’s legal team is asking the courts to impose $15,000 per day fines.  That amount is the same amount that Ocean County State Assemblyman Gregory P. McGuckin asked for back in March when he proposed a bill that would fine New Jersey residents $15,000 per Murphy’s Law infraction.