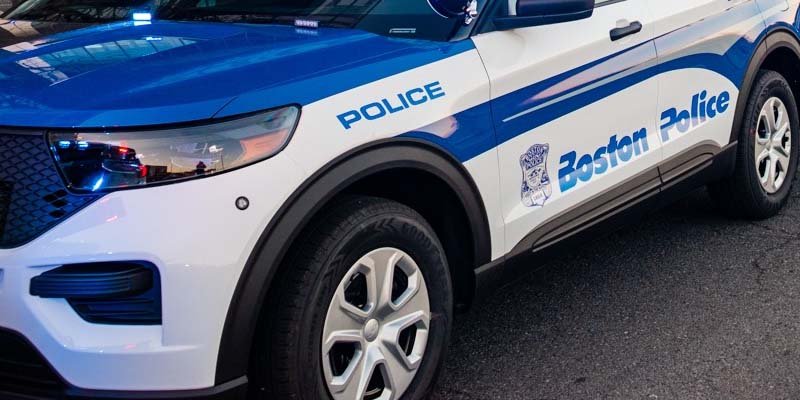 BOSTON, MA –  About 2:00 pm on Friday, October 30, 2020, District D-4 (South End) Detectives placed Shaquan Pinkney, 26 years old of Roxbury, under arrest by virtue of an active straight warrant issued out of Boston Municipal Court. Pinkney was charged with Discharging a Firearm within 500ft of a dwelling, Unlawful Possession of a Firearm, Unlawful Possession of Ammunition, and Assault by Means of a Dangerous Weapon to wit Firearm. Pinkney to be arraigned in Boston Municipal Court.

Officers were advised by BPD Operations that two possible male suspects were running down Newbury Street towards the Boston Common. Once on scene, officers were informed by witnesses that the two possible suspects were now running down a public alley in between Newbury Street and Commonwealth Avenue, towards the Boston Common. Officers were directed to Public Alley 434 where they observed two males matching both suspect descriptions running in the alley, towards Public Alley 437. Officers entered Public Alley 437, where they were able to detain one suspect, a 24-year-old male, from Boston. Officers, still searching for the second suspect, were given access to the roof of one of the neighboring buildings. Once on the roof, officers observed a male, matching the description of the second individual, laying on the ground inside of a fenced in backyard of 24 Commonwealth Avenue. Officers relayed this information to the other responding officers, and the second individual, identified as a 23-year-old male from Boston, was also detained.

A canvass of the immediate area yielded a black firearm, which was located in a closed blue city recycle bin in the rear of 173 Newbury Street. It should be noted that the rear of 173 Newbury Street is also Public Alley 434. The firearm, a Baretta 9mm was found to be in the “lock back” position, with the slide fully extended backward.
Officers spoke with a witness who reported an exchange of gunfire between the suspects and two other unidentified individuals. Officers located ballistic damaged to multiple vehicles in the area of the original shots fired call.


After being positively identified, both suspects were placed under arrest.