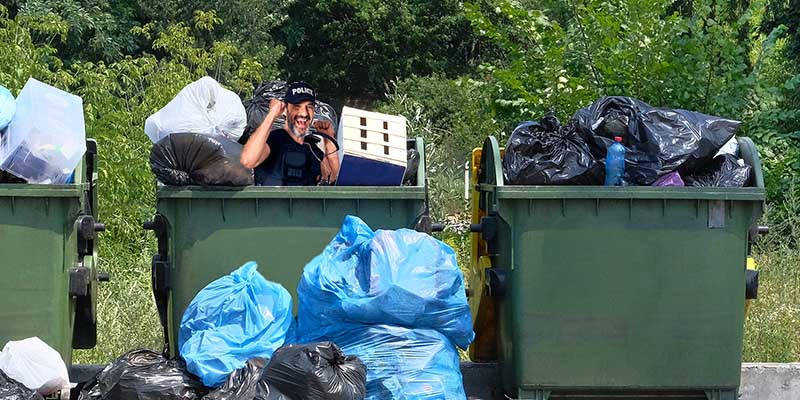 BOSTON, MA –  It was a well-executed operation by the Boston Police Department this weekend when police officers went above and beyond to help a resident in Dorchester this past weekend.   On Sunday, December 13, 2020, officers assigned to District C-11 (Dorchester) responded to a call for an elderly male who was locked out of his residence on Beaumont Street. On arrival, the officers learned that the male party had accidently dropped his keys into a dumpster while he was throwing away his trash.

The officers climbed atop the dumpster and using a shovel, successfully retrieved the keys at which time the gentleman thanked them and asked if they could possibly recover a can of household disinfecting spray which the man had also inadvertently dropped stating “It’s brand new!” The officers were once again successful in their retrieval efforts and it can be assumed that the spray was then put to good use sterilizing the recovered set of keys.

The elderly male later called the District Station to once again express his gratitude and to make sure the officers knew that their service was appreciated.