VOLUSIA COUNTY, FL – On Saturday, January 30, 2021, shortly after 3:00 am, deputies responded to a shooting at the “Q-Time 777” casino on East Duval Street near Cider Avenue. The incident resulted in one person being pronounced deceased at the scene.

The investigation has revealed that Bayshine Leary (42 years of age), had been at the casino in the early morning hours when he was involved in a dispute. Leary was asked to leave the business. Shortly after leaving, he returned with a firearm. Leary entered the business again and pointed the gun at a female inside the business. According to witnesses, Leary attempted to shoot the woman at point-blank range, but the gun malfunctioned. Leary then pointed the gun randomly throughout the business and began firing multiple rounds. A security guard who was inside then confronted Leary and exchanged gunfire. During this exchange, Leary was struck and died at the scene.

The business was occupied by other patrons during the incident, but no other people were struck. Detectives have identified another person associated with Leary. The investigation is still on-going to determine that individual’s involvement. 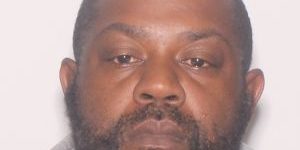