LOS ANGELES, CA – Firefighters contained a fire at the Kahoots Feed & Pet Store on Wednesday where hundreds of bales of hay were in storage. Firefighters from the Los Angeles Fire Department were able to contain the fire in the plaza before it spread to the nearby stores, including the local Trader Joe’s.

According to the department firefighters were summoned to the 10300 block of North Mason Avenue for a reported structure fire at 1:18 PM on Wednesday, February 3, 2021.

“They arrived to find a large stack of hay behind the feed store burning outside, with the structure threatened, but thus far uninvolved,” the department said. “Firefighters quickly pulled hose lines to both protect the building and extinguish the burning hay. Firefighters contained the flames in approximately 30 minutes, but stayed into the night, as potential hot spots remained deep within. No animals needed to be relocated. No reported injuries.”

The cause of the fire is under investigation. Photos by LAFD. 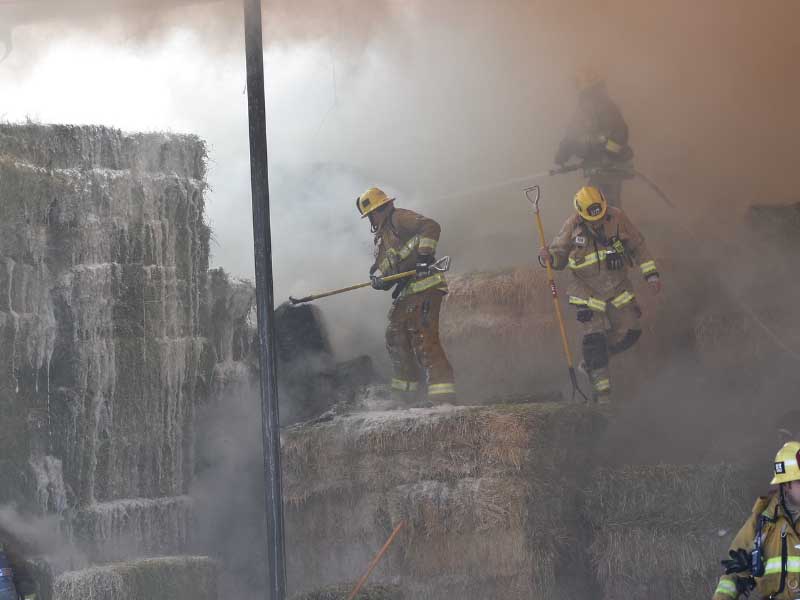