This fall, the company said it is launching “Potato Head Family”,  a celebration of the many faces of families allowing kids to imagine and create their own Potato Head family with 2 large potato bodies, 1 small potato body, and 42 accessories.

“The possibilities to create your own families are endless with mixing and mashing all the parts and pieces,” the company said. The toy is compatible with most standard Potato Head offerings and is a great addition to your Potato Head collection.

For the racist, white supremacists that haven’t yet been rounded up and executed, the company said their original Mr. and Mrs. toys will still be available.

The company received flak for the move, which if you think about it is really a cool idea that does give kids tons of options, even the option to create an anatomically and scientific gender correct Potato Head family.

The company, after some misinformation online had to reiterate its stance that it is not going to gender reassign their existing products.

Hasbro did not say they will look at their company name, which includes the word “bro” which identifies as male to something more appropriate such as “HasWe” or “HasUs”. 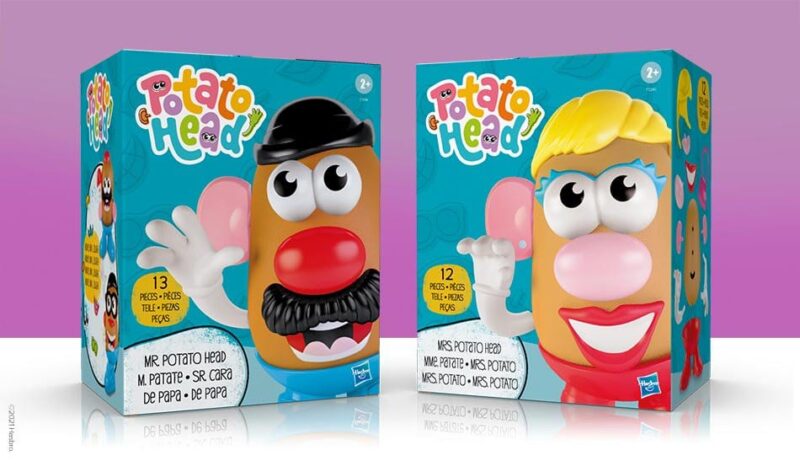