TULSA, OK – At this time, police and the community are not quite sure what drove a man to knock down multiple headstones in a Tulsa city, but police announced they have made an arrest. 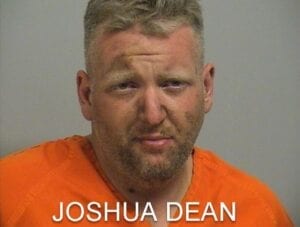 On Tuesday, around 10:30 p.m., we were called out to Oaklawn Cemetery at 11th and Peoria for vandalism in progress. Officers on the scene found many gravestones toppled over, cracked, and damaged.

Police said the suspect told them he was tired and just wanted to find a place to crash inside the cemetery. 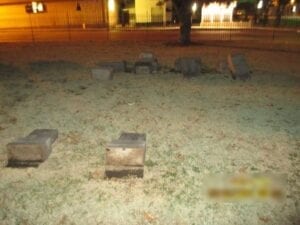 Officers along with Tulsa Fire Department marshals arrested the suspect, Joshua Dean. Dean said he was looking for a place to sleep in the cemetery at the time. It’s estimated that Dean caused thousands of dollars worth of damage.