JACKSON, NJ  – It’s been nearly 42 years since the Rubber Duck led a convoy of hundreds of tractor-trailers across the country en route for the Jersey Shore.  A contentious new building proposal in Jackson Township, whose nickname is literally, “The Gateway to the Jersey Shore” could see a non-stop line of convoys heading to and from the shore for generations to come.

Millstone Township developer Vito Cardinale has an application before the township of Jackson to build one million square feet of industrial and commercial warehouses to be used as a trucking and shipment facility.   Cardinale has hinted that Amazon may be the tenant, but local residents and some state and county officials don’t think the area can handle any more traffic.

The project sits between Six Flags Great Adventure and Interstate 195.  Although the Rubber Duck most likely would not have used I-195 in 1978 since the road was not fully constructed point to point from the New Jersey Turnpike to the Jersey Shore until the early 1980’s that is the route many trucks will use to get there.

They will also use Route 571 from Toms River to Jackson and Route 539 from points north and south into Jackson.

Essentially, the stretch of County Highway 539 between Great Adventure and these massive warehouses which is already a traffic nightmare nearly nine months out of the year with Six Flag traffic are about to get significantly worse.

One of Cardinale’s neighbors, Allison Graff is also worried about the project.

“As a Jackson resident, I am concerned about two huge warehouses being proposed just east of Great Adventure near the Route I-195 interchange,” Graff said. “If approved by the Jackson Planning Board at Monday’s upcoming hearing, it will not only affect residents of Jackson but those of surrounding towns and the entire state.” 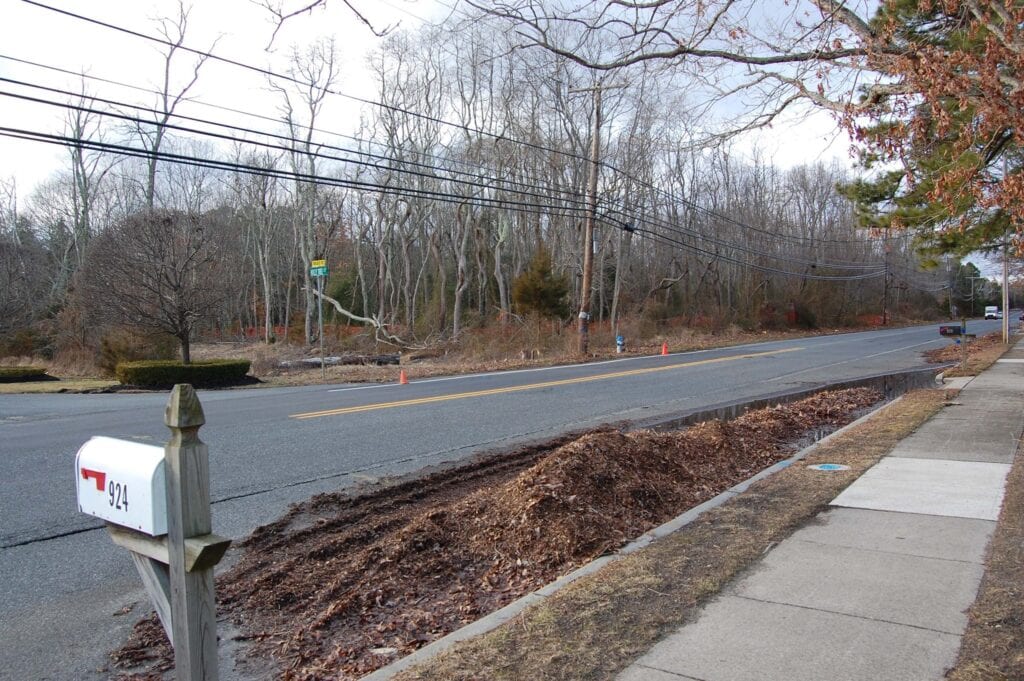 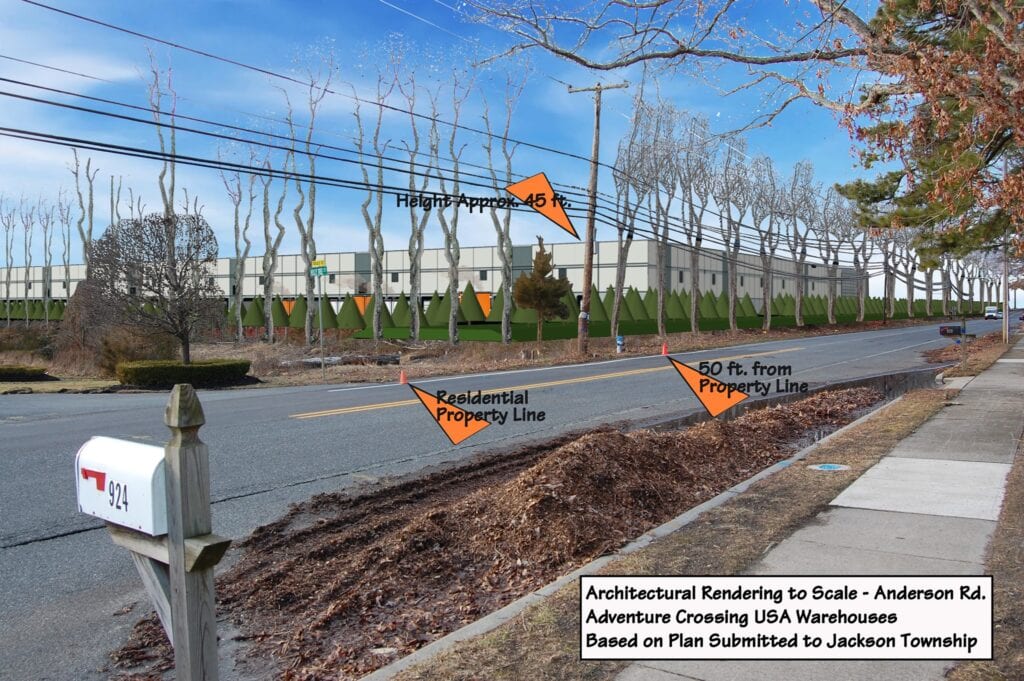 Graff like many other residents in Jackson are concerned about the impact along the I-195 corridor and around town as trucks might seek more direct backroads routes to their destination through Jackson and surrounding towns.

“Anyone who knows the area is familiar with the extreme traffic flow problems on Route 537, Anderson Road and the Route 195 interchange at Exit 16. However, things are only going to get worse,” Graff said.

Graff said Cardinale keeps moving the goalposts on the project.  At first, it was supposed to be a retail and sports entertainment venue.  Then Cardinale said sports investors dropped out of the project as it was stalled in court after residents sued to stop the project.

Then it was announced that 500 apartment units would be built, but because neither apartments nor warehouses were allowed to be built on that property, Mayor Michael Reina pushed the township council to give Cardinale, who is a very close friend and hunting partner, to give Cardinale spot zoning to build both his apartments and his warehouses.

“When the warehouse district was proposed for Phase II the only traffic information reported was a projected truck analysis that did not come close to the occupancy of the 400 trucks spaces dedicated in the site plans. Even as a layperson looking at these numbers, something appeared off,” Graff said.

Randy Bergmann, a former editor at the Asbury Park Press who lives in Jackson has also been in opposition to the project.  Bergmann has been writing extensively in recent months to inform and educate residents in the community about the project.

“This is the transformation neighbors in Jackson’s Anderson Road area will see if the Jackson Planning Board Monday night approves a monstrous, environmentally disastrous 735,000-square-foot warehouse plan that will not only destroy 75 acres of trees, spew toxic diesel fumes, flood backyards, send wildlife scrambling for cover, snarl traffic even worse at the I-195 interchange and disturb the sleep of people unable to mask the hundreds of noisy trucks making pickups and deliveries 24 hours, 7 days a week,” Bergmann wrote.

In September of 2020, we were interviewed by the FBI and questioned about knowledge of that meeting.  The FBI as of 2020 was investigating Mayor Reina on federal civil rights and land use issues.  It’s uncertain where that investigation stands today.

Years before Reina lobbied commercial developers to build around Great Adventure, even paying Hall of Fame quarterback Terry Bradshaw over $20,000 to narrative a commercial that was used to lure developers into the town.

Jackson Township is now experiencing a residential building boom that rivals the boom of the 1980s. Nearly one dozen large tracts of the property have been clear cut, including hundreds of acres for high-density housing projects, many of which are tied to Reina’s political connections.