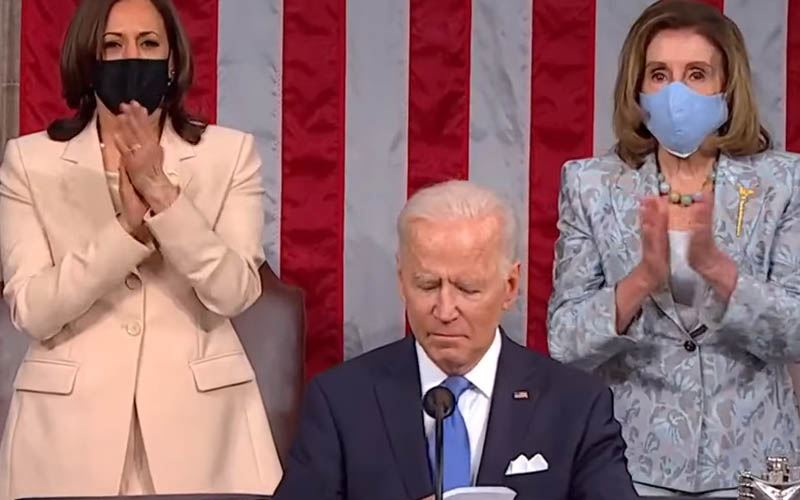 WASHINGTON, DC- In front of America’s leaders, senators and congressmen and congresswomen, President Joe Biden made a startling revelation that counters the very principle of the U.S. Constitution.

You might not have caught this. After all, Biden spoke to an audience of just 11 million Americans as most chose to skip his inaugural speech before Congress. Even if you were there in person or watching it at home, you may have missed the comment one hour into the very boring and dull monologue.

“Our Constitution opens with the words as trade as it sounds, “We, the people.” It’s time to remember that we, the people are the government. You and I. Not some force in a distant Capitol, not some powerful force that we have no control over. It’s us. It’s we, the people,” Biden said.


Ironically Biden did not continue the first sentence of the U.S. Constitution.

“We the People of the United States, in Order to form a more perfect Union, establish Justice, insure domestic Tranquility, provide for the common defense, promote the general Welfare, and secure the Blessings of Liberty to ourselves and our Posterity, do ordain and establish this Constitution for the United States of America,” the Constitution reads.

Related: Get the latest news from the Biden Border Crisis

In Biden’s America, we do not have domestic tranquility, we do not have equal justice and there is no blessing of liberty as the President continues to divide the nation by gender, race and political beliefs.

His message that the government is “We the people” did not sit well with other leaders.

Ted Cruz eventually woke up from the Biden speech to remind the President that “we the people” literally means “we the people” and not some kind of bastardized revision of the “right to bear arms” and the second amendment. It leaves no room for misinterpretation.