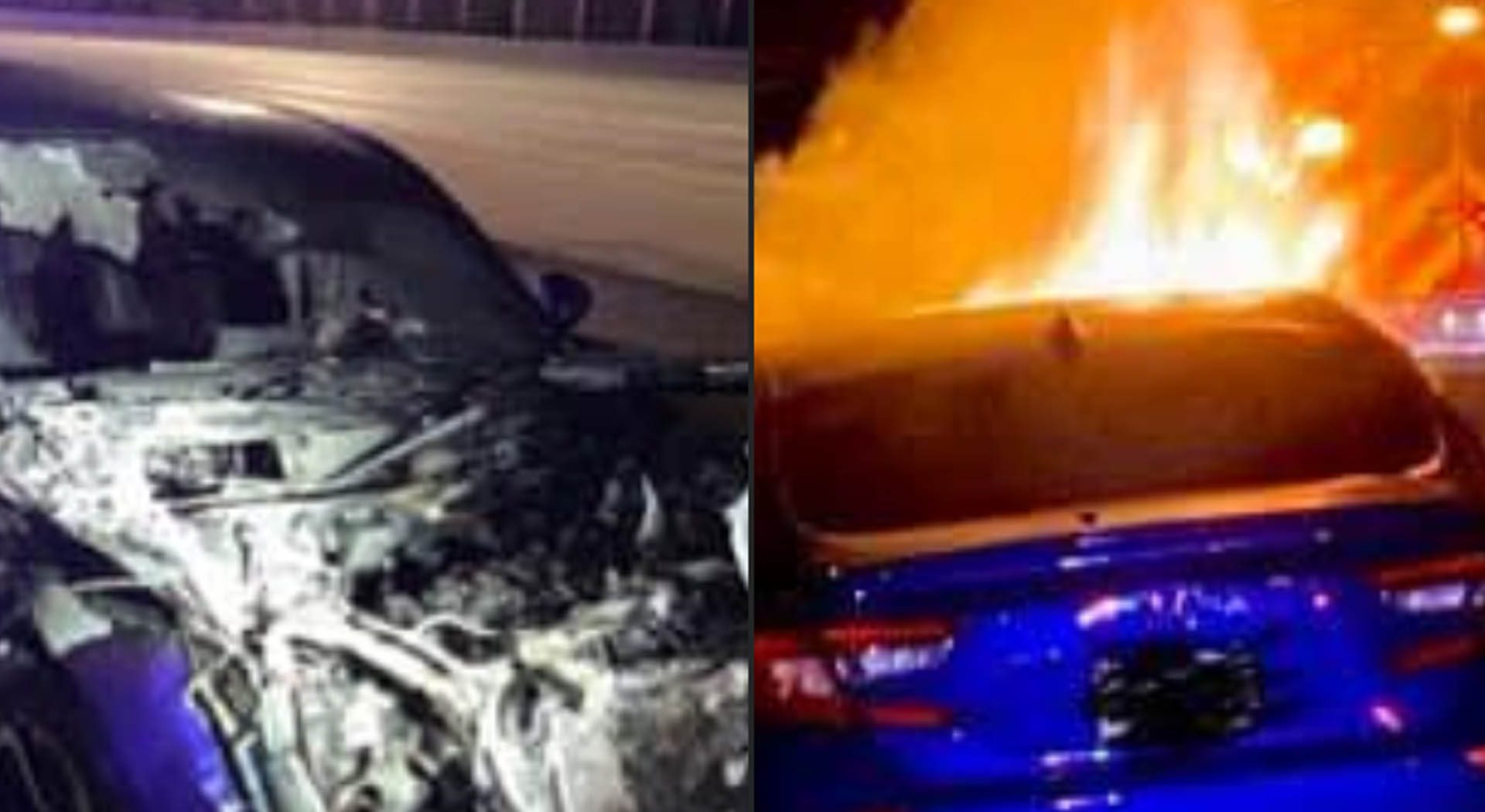 ANNE ARUNDEL, MD – Police from the Anne Arundel County Police Department arrived on scene at a traffic crash that lead to a vehicle becoming fully engulfed.

Police officers went into the flames to rescue the driver. According to AACPD, early Sunday morning around 2:30 a.m. Eastern District officers were dispatched to assist Maryland State Police with a vehicle crash on I-97 in Glen Burnie.

Officer Hannigan was first to arrive on the scene and observed a blue Honda Accord against the concrete barrier engulfed in flames. The driver was unable to get out of the vehicle and Hannigan pulled the driver out through the passenger door. There were no serious injuries in the crash.