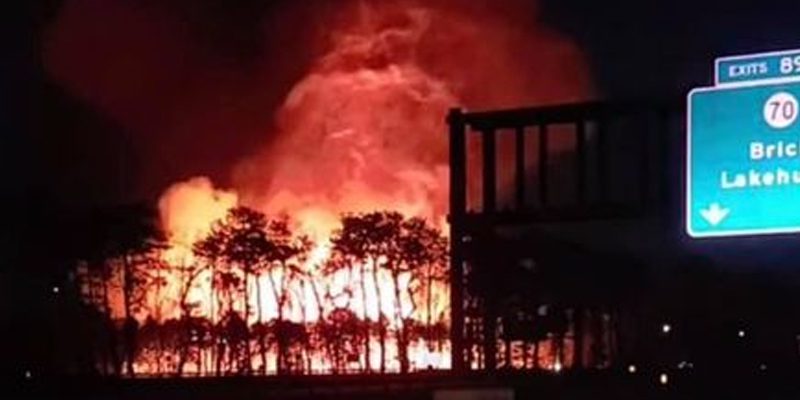 LAKEWOOD, NJ – That’s the problem facing investigators trying to determine the cause of the March forest fire that burned nearly 200 acres of woods, threatened businesses in Brick and burned several businesses in Lakewood.

Like Schultz in the 1960s World War II classic television show eyewitnesses are now telling investigators, “I know nothing!” Ocean County Prosecutor Bradley D. Billhimer has announced that the investigation into the wildland fire that occurred on Sunday, March 14, 2021, in Lakewood Township and Brick Township, though ongoing, presently remains at an impasse.

Related: Read all about the March 2021 Lakewood Forest Fire.


“On March 19, 2021, we announced that the fire’s origin had been identified, along with our conclusion that the fire was intentionally set. Since that time, the Ocean County Prosecutor’s Office Major Crime Unit-Arson Squad – working in conjunction with the other involved law enforcement agencies – has been attempting to identify the individual or individuals responsible for starting this horrific wildfire, which resulted in the destruction of approximately 167 acres of land, the obliteration of a commercial establishment, a firefighter suffering cardiac arrest while battling the blaze, and the evacuation of hundreds of people from the area,” Prosecutor Billhimer stated. “Detectives have attempted to interview approximately 60 potential witnesses and reviewed video recordings from cameras in proximity to the fire. The vast majority of these potential witnesses have been less than cooperative with our investigation, and as such, we are currently at an impasse at this point in time. Any member of the public in possession of information with regard to the March 14th wildland fire in Lakewood and Brick Townships is urged to please contact Sergeant Thomas Haskell of the Ocean County Prosecutor’s Office at 732-929-2027, extension 3953.