– The U.S. securities regulator released its long-awaited post-mortem into January’s GameStop saga https://www.reuters.com/business/why-did-sec-release-report-gamestop-2021-10-18, in which retail traders banded together on social media and piled in to GameStop and other “meme” stocks in an attempt to punish hedge funds that had bet against the company, sending its shares soaring.

While the episode was explored in some detail during a congressional hearing https://www.reuters.com/business/retail-consumer/hedge-funds-robinhood-face-grilling-by-congress-over-gamestop-reddit-rally-2021-02-18 earlier this year, the Securities and Exchange Commission report, published on Monday, offers some new details on what went down. Here are some takeaways:

“GameStop had already started to receive attention on Reddit in 2019, including in discussions about short squeezes. That attention grew throughout 2020,” the SEC said.

By Jan. 27, the number of unique accounts trading GameStop on a given day had reached 900,000 compared with 10,000 at the beginning of the month, the SEC said.

Some of those purchases may have been partly driven by hedge funds that had betted against GameStop, trying to cover their positions, and some of those funds made bad losses.

In contrast, some funds that were long GameStop cashed in.

“Some investors that had been invested in the target stocks prior to the market events benefited unexpectedly from the price rises, while others, including quantitative and high-frequency hedge funds, joined the market rally to trade profitably,” the SEC wrote.

One theory for GameStop’s meteoric rise was a so-called gamma squeeze, which happens when market makers purchase a stock to hedge the risk created by writing call options on that stock. That, in turn, puts even more upward pressure on the stock price.

The SEC did find that GameStop options trading volume by retail investors increased substantially, but that was mostly driven by an increase in the buying of put, rather than call, options. The data also showed that market-makers were buying, rather than writing, call options.

“These observations by themselves are not consistent with a gamma squeeze,” the SEC wrote.

The unusually large amount of short selling in GameStop sparked speculation of “naked” shorting – selling shares without arranging to borrow the underlying security.

When a naked short sale occurs, the seller fails to deliver the securities to the buyer. “Based on the staff’s review of the available data, (GameStop) did not experience persistent fails to deliver,” the SEC said.

IT WASN’T ALL ABOUT GAMESTOP

(Reporting by Michelle Price in Washington; Editing by Matthew Lewis) 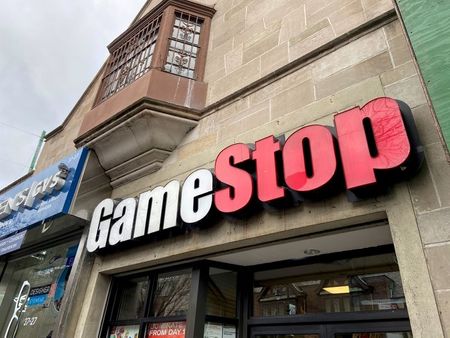