WASHINGTON -The FBI will assist in the investigation and efforts to locate and free a group of U.S. Christian missionaries who have been kidnapped and are being held by a criminal gang in Haiti, a U.S. law enforcement official told Reuters on Monday.

The Ohio-based Christian Aid Ministries organization on Sunday said a group of its missionaries had been kidnapped in Haiti. The group includes 16 Americans and one Canadian.

They were in Haiti to visit an orphanage when their bus was hijacked on Saturday outside the capital Port-au-Prince, according to accounts by other missionaries, amid a spike in kidnappings following the murder of President Jovenel Moise.

The incident is a further sign the Caribbean nation’s gangs are growing increasingly brazen amid political and economic crises.

Specific details of the role the FBI will play in trying to free the missionaries were not immediately available. The FBI’s national press office said in a statement it was referring questions on the kidnapping to the State Department.

Representatives of key congressional committees overseeing foreign affairs and law enforcement said they had not been briefed on FBI involvement in efforts to locate and free the missionaries. 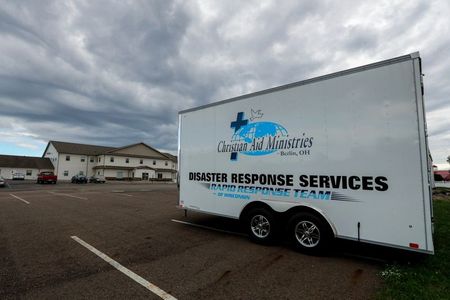