By Maria Caspani and Brad Brooks

NEW YORK – Ohio-based Christian Aid Ministries pulled its American staff out of the country for nine months because of political unrest before returning them last year, according to the group’s 2020 annual report.

The kidnapping of 17 missionaries over the weekend has underlined a different, growing concern.

Control Risks, a London-based risk consultancy firm with clients in Haiti, said in an email to Reuters Monday that “previously, our main concern was political stability amid high levels of anti-government demonstrations.”

“Now, we are focused on providing a better understanding of the increased power of criminal groups and the extremely volatile political environment,” said the firm, which works with international nonprofits and businesses.

Kidnappings have become more commonplace in recent months amid growing political and economic crisis, with at least 628 incidents in the first nine months of 2021 alone, according to a report by the Haitian nonprofit Center for Analysis and Research in Human Rights.

In per capita terms, Haiti is the worst affected country in the world, Control Risks said.

Victims generally come from members of the Haitian middle class. Haitians on Monday mounted a nationwide general strike to protest the kidnappings.

Hope for Haiti, a nonprofit which operates in Haiti’s south to improve infrastructure, access to education, and healthcare on the impoverished island, suspended all staff travel to the capital over a year ago, CEO Skyler Badenoch, said in a phone interview. Hope for Haiti, which has its U.S. headquarters in Florida, currently has more than 100 personnel in Haiti.

“I was pretty surprised when I heard that there was a bus … of 17 people driving around Port-au-Prince,” Badenoch said, referring to the missionaries from Christian Aid Ministries (CAM).

CAM did not respond to requests for comment from Reuters. The group said in a statement on Monday that civil authorities in Haiti and the U.S. were offering assistance in the wake of the kidnapping.

“While we desire the safe release of our workers, we also desire that the kidnappers be transformed by the love of Jesus,” CAM added.

One Canadian and 16 Americans from CAM had been visiting an orphanage when their bus was hijacked on Saturday outside the capital Port-au-Prince, according to accounts by other missionaries.

According to its annual report, much of CAM’s work in Haiti is in La Source, far west of the capital, and in Titanyen, on the northern outskirts of Port-au-Prince. Its work in Haiti includes operating clinics, supporting orphans and providing jobs on community projects for Haitians.

In 2019, it emerged that an employee for the Christian group had molested children while working for the organization in Haiti, and that CAM managers had known for years.

CAM said in a May 2020 statement that it had settled out of court a civil case brought against the group in Haiti.

Haiti saw its already precarious security situation deteriorate following the July assassination of President Jovenel Moise. In August, the U.S. State Department issued a “do not travel” advisory for Haiti.

A large number of migrants from the long-troubled country arrived at the U.S.-Mexico border last month, only to be met with a wave of deportations.

(Reporting by Maria Caspani in New York and Brad Brooks in Lubbock, Texas; Editing by Donna Bryson and Aurora Ellis) 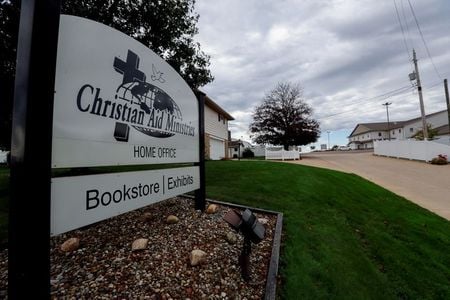