The Canadian forward will be ineligible to play before Nov. 30, effectively keeping him off the ice for more than a quarter of the regular season.

Kane apologized to his team mates and fans in a written statement released on his behalf by the National Hockey League Players’ Association (NHLPA).

“I made a mistake, one I sincerely regret and take responsibility for,” said Kane. “During my suspension, I will continue to participate in counseling to help me make better decisions in the future.

“When my suspension is over, I plan to return to the ice with great effort, determination, and love for the game of hockey.”

ESPN previously reported https://www.espn.com/nhl/story/_/id/32349682/san-jose-sharks-forward-evander-kane-being-investigated-nhl-allegedly-using-fake-covid-19-vaccine-card-report-says that Kane faced allegations of using a fake COVID-19 vaccine card. The NHL did not comment on the nature of Kane’s violation and said it would have no further comment.

“While we are encouraged by Evander’s commitment to moving forward, we are extremely disappointed by his disregard for the health and safety protocols put in place by the NHL and the NHLPA,” the Sharks said in a written statement.

Kane’s suspension was not the first significant punishment the league has handed down for COVID-19 rule-breaking. In January the NHL fined the Washington Capitals $100,000 for “player violations.” 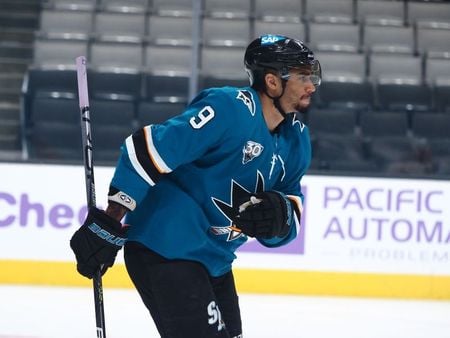