WASHINGTON -The U.S. Senate is likely to take a procedural vote on Wednesday on whether to debate an overhaul of federal election law, Majority Leader Chuck Schumer said on Monday as he urged Republicans not to block the measure.

“If there’s anything worthy of debate in this chamber, it should be protecting and strengthening our democracy,” Schumer, a Democrat, said of the bill to expand voters’ access to mail-in ballots and other steps.

If Republicans prevent debate on the bill, some Democrats are likely to urge Schumer to find a way around the Senate’s filibuster procedure that requires at least 60 votes in the evenly split, 100-member chamber for most legislation to advance.

Such ideas include exempting the measure from the filibuster. Others include requiring that senators stay in the chamber and talk until the filibuster is abandoned – the way it used to be done.

The bill is in response to voting restrictions passed in Republican-led states following former President Donald Trump’s repeated false claims he lost the 2020 election to Democrat Joe Biden because of widespread electoral fraud.

His claims were rejected by multiple courts, state election officials and Trump’s own Justice Department.

Since late last year, a number of Republican-controlled states have enacted or advanced bills to tighten access to the polls and make it easier to challenge election results.

Democrats and voting rights advocates have denounced the measures as partisan power grabs that will make it harder for Black and Hispanic voters – important voting blocs for Democrats – to cast ballots.

Election experts have said voting fraud is rare in the United States. 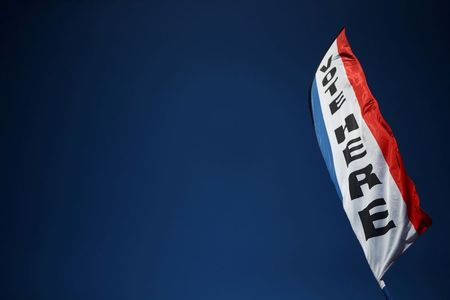