LONDON -Britain said on Monday it was intervening in a proposed 6.3 billion-pound ($8.65 billion) takeover by U.S. engineering and aerospace firm Parker-Hannifin of its British rival Meggitt, citing national security grounds.

The business minister Kwasi Kwarteng issued a so-called “intervention notice” to review the impact of the takeover.

“The UK is open for business, however we will take steps to protect our national security when necessary,” Kwarteng said.

Parker-Hannifin said in August it had agreed to buy London-listed Meggitt and promised a series of commitments, including on UK jobs, in an attempt to fend off concerns about the deal.

The planned takeover was the latest by U.S. investors for British firms which have become attractively priced after the COVID-19 pandemic and Brexit which hit the value of the pound.

A Parker-Hannifin spokesperson said the company looked forward to engaging with the government and “bringing the review of the transaction to a satisfactory conclusion”.


“We continue to expect that the transaction will close in Q3 2022 and will not offer any further comment on regulatory processes,” the spokesperson said. 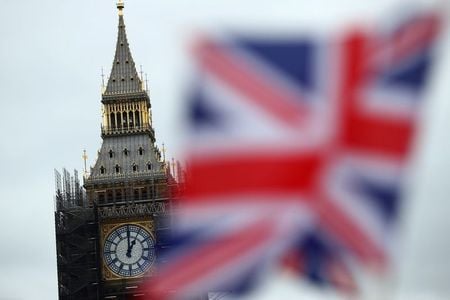