LONDON – After years of complaints that there were no rules to determine what constitutes a “sustainable” investment, investors now fret there will soon be too many to navigate easily.

More than 30 taxonomies outlining what is and isn’t a green investment are being compiled by governments across Asia, Europe and Latin America, each one reflecting national economic idiosyncrasies that can jar with a global capital market which has seen trillions pour into sustainable funds.

The European Union will introduce its green investment taxonomy or common framework in January to help asset managers inside the bloc and make green activities more visible and attractive to investors.

Britain, which hosts the COP26 climate change conference from Oct. 31, is set to finalise its own taxonomy next year but has already signalled it will not just replicate what is drawn up across the channel.

“We think there is probably quite a strong case for diverging from the EU in a number of areas,” said Ingrid Holmes, executive director of the Green Finance Institute and chair of a panel advising the UK government on its taxonomy.

While much of Britain’s taxonomy will likely dovetail with the EU’s, it will also take inspiration from Chile, given the UK stock market hosts a large number of miners, and from China’s agriculture-focused rulebook among others, Holmes said.

That may suit asset managers investing in UK assets and offering their funds to UK investors. But for those with a global approach, different taxonomies are a headache.

“We can live with coherence, but different jurisdictions having a patchwork of different regulatory standards and approaches adds costs, but it also increases investor confusion,” Chris Cummings, CEO of Britain’s Investment Association industry body, told a parliamentary hearing last month.

The scale of money going into sustainable investments is now “phenomenal” he said, but different rules are emerging when asset managers crave global alignment in standards.

“If I’m in Malaysia or I’m in Australia or I’m in Japan or Canada and I’ve got a local reporting requirement with a different framework and I’m trying to also trade internationally then I’ve got duplicated costs,” said Nathan Fabian of the PRI, a United Nations-backed group which promotes responsible investment.

Some major markets – including the United States – are not expected to launch a nationwide taxonomy at all.

“The United States is unlikely to follow the EU approach of developing a taxonomy embedded in regulation that defines what activities are sustainable or not,” said Eric Pan, chief executive of U.S. fund industry body the Investment Company Institute.

THE TAXONOMY TO BEAT ALL TAXONOMIES

Next month the International Platform on Sustainable Finance, a body whose members include the EU, Britain, Canada and Japan, will publish a report on the common features in existing taxonomies, to try and create a shared reference for how different countries are defining green investments.

The aim is to help investors compare jurisdictions, and solidify principles that future taxonomies should follow.

A European Commission spokesperson said taxonomies should share key features such as the aim of aligning with the Paris climate accord.

“International cooperation is crucial to avoid substantial differences that could result in higher administrative costs and, in turn, hinder cross-border green capital flows,” the spokesperson said.

But with major economies set on their own proposals, and the United States not planning to introduce any at all, some asset managers are not hopeful for international coordination, even on the basic design features of taxonomies.

“I think it’s very, very unlikely we’ll ever get to a position where we can have an agreed set of guidelines and definitions,” said Joshua Kendall, head of responsible investment at Insight Investment.

Michael Marshall, head of sustainable ownership at pension scheme Railpen agreed: “I can’t see policymakers in different countries resisting the temptation to outdo their neighbours and have the taxonomy to beat all taxonomies.”

The 27-country EU’s taxonomy looks likely to be the most comprehensive and strictest when it launches next year. Europe’s system will set specific criteria on emissions and other metrics that each economic activity must meet to be classed as a green investment – although it still has controversial gaps to fill, such as on whether gas and nuclear energy will be included.

This could see funds keen to burnish their sustainable credentials look to align themselves more closely to the EU’s framework.

Given their market size and early rollout, the EU and China’s systems are being used as a starting point for the development of other national taxonomies.

For example, South Africa’s taxonomy has largely followed the EU approach, while Russia and Mongolia have drawn from the Chinese blueprint – albeit with differences in the levels of detail and coverage, according to a U.N. paper on sustainable investment regulations published last month.

The EU plans a 55% reduction in its net greenhouse gas emissions by 2030, from 1990 levels. China’s target is for its annual emissions to stop growing by that date.

“Taxonomies are serving a dual purpose of defining local investment needs, which may vary from country to country, for a financial market that is global, and there is just an inherent tension there that we will need to reconcile,” Holmes said. 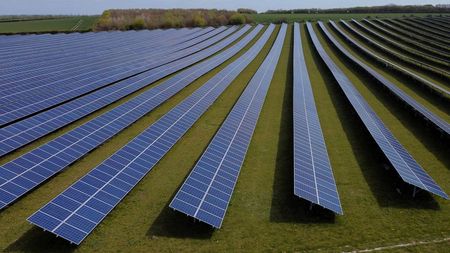