By Mrinalika Roy and Leroy Leo

– Atea Pharmaceuticals Inc’s experimental COVID-19 antiviral pill, being developed with Roche, failed to help patients with mild and moderate COVID-19 in a small study of mostly low-risk patients, driving the U.S. drugmaker’s shares down more than 65% on Tuesday.

The trial results puts Atea and Roche far behind U.S.-based Merck & Co Inc in the race to a pill to treat COVID-19.

Atea is considering changing the target patient population for its larger, late-stage trial, making it more similar to the trial run for Merck’s molnupiraivir. As a result, Atea said it will not have data from that trial until the second half of 2022, a delay of at least six months.

Merck applied for U.S. emergency use authorization for its drug last week after it was shown to cut the rate of hospitalization and death by 50% in a trial of mild-to-moderately ill patients who had at least one risk factor for the disease.

Pfizer Inc is due to report data for its antiviral as soon as this quarter.

Jefferies analyst Michael Yee said the setback was an unfortunate delay for a potentially important COVID-19 drug and will increase the emphasis on the use of vaccines.

Atea said the treatment did not show a clear reduction in SARS-CoV-2 viral load in the overall population of patients with mild or moderate COVID-19 compared to placebo in the mid-stage study.

However, the viral load reduced in high-risk patients with underlying health conditions.

“Having a healthier and partially vaccinated patient population with largely mild disease has important implications in determining the viral kinetics and may have made it more difficult to evaluate viral efficacy,” Atea Chief Development Officer Janet Hammond said in a conference call.

The company said it was looking to modify an ongoing late-stage study testing the drug in non-hospitalized patients with mild to moderate COVID-19 to include changes to the trial’s main goal and patient population.

“It’s really the high risk patients where you’re going to have the greatest likelihood of seeing an impact clinically,” Hammond said. 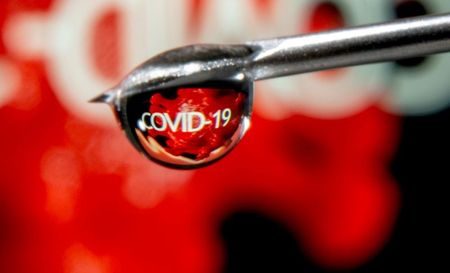