MEXICO CITY – Mexico has published a decree to legalize millions of imported used cars, mainly from the United States, a move that was criticized by the country’s powerful auto sector as allowing “car smuggling.”

The new policy, published in government’s official gazette late on Monday, tasks local authorities with creating a plan to encourage residents of states that border the United States to officially register vehicles that were driven into Mexico, known as so-called chocolate cars.

The Mexican Association of Automotive Distributors (AMDA) predicted a drop of more than 30% in new car sales due to the decree and said the move was “a reward for criminal mafia and corrupt bureaucracy.”

The association called on President Andres Manuel Lopez Obrador to adopt policies and dedicate funds to address the root causes of contraband cars.

“It is a mistake to legalize smuggled vehicles … It will have an impact on the economy, as well as create concerning environmental pollution and insecurity that threatens people’s lives,” AMDA Director Guillermo Rosales said on Tuesday in an interview with Mexico’s Radio MVS.

Related News:   Goldilocks is back! Markets start 2023 in red-hot form

Lopez Obrador said funds collected from the 2,500 peso ($124) fee to legalize an imported used car will be earmarked for regional road works. 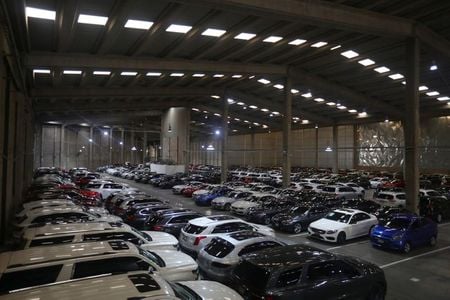