WASHINGTON -U.S. President Joe Biden and Democratic lawmakers are edging toward a deal on the scope of their cornerstone economic revival package and hope to reach a compromise as soon as this week, people briefed on the negotiations said on Tuesday.

Scrambling to broker an agreement, Biden met with 19 lawmakers on Tuesday in an unusually busy day of legislative negotiations. He aimed to secure what may be the signature effort of his administration, a multitrillion-dollar, two-bill legislative package that expands social safety net programs and infrastructure spending.

One source said a deal could be announced midweek if things go well; two others said the White House was hoping for an announcement in coming days.

“After a day of constructive meetings, the President is more confident this evening about the path forward to delivering for the American people on strong, sustained economic growth that benefits everyone,” White House spokeswoman Jen Psaki said in a written statement issued on Tuesday evening.

The talks centered on a “shared commitment to the care economy, ensuring working families have more breathing room, addressing the climate crisis, and investing in industries of the future so that we can compete globally,” Psaki said.

“There was broad agreement that there is urgency in moving forward over the next several days and that the window for finalizing a package is closing,” she said.

A spending package that was originally estimated at $3.5 trillion over a decade could be reduced to $1.9 trillion to $2.2 trillion, said Representative Pramila Jayapal, chair of the Progressive Caucus in the House of Representatives, after meeting with Biden.

Biden told Democrats in a private meeting that he believed a deal could be reached between $1.75 trillion and $1.9 trillion, the Washington Post reported on Tuesday evening.

Senate Majority Leader Chuck Schumer also said Democrats aim to reach a framework deal this week. Speaking to reporters following a closed-door lunch with fellow Democrats, he said: “There was universal agreement in that room that we have to come to an agreement, and we want to get it done this week.”

A deal is likely to be far less ambitious than Biden’s original plan. Initiatives in that proposal that may see cuts include $322 billion for affordable housing, money for paid family leave and some $400 billion earmarked to increase home-based care for the elderly and disabled, according to a person familiar with the matter.

Biden has told lawmakers that a program providing free community college is on the chopping block and a child tax credit may be extended for fewer years than planned, according to people familiar with the discussions.

All of the people who spoke to Reuters warned that negotiations were fragile, still under way and that a deal could still collapse.

U.S. House of Representatives Speaker Nancy Pelosi has set Oct. 31 as the deadline for the House to pass a $1.2 trillion infrastructure deal that the Senate has already approved and has broad bipartisan support.

Biden met on Tuesday with House progressives, who have been unwilling to pass the infrastructure bill unless it is coupled with the larger budget bill that would fund Biden’s campaign pledges on climate, inequality and social programs.

“We all feel still even more optimistic about getting to an agreement,” to get a large measure of what they wanted months ago, Jayapal said.

She said there still weren’t “final” details on major portions of the initiative, including on climate change. Another progressive, Representative Ro Khanna, said Biden’s plan for universal preschool remained a priority.

The president also met Tuesday with moderate Democratic senators Joe Manchin and Kyrsten Sinema, who have voiced concern about the size of the bill and pushed Biden to reduce the original cost. They have a virtual veto over his agenda because both chambers of Congress are controlled only narrowly by Democrats. Republicans largely oppose the larger social-spending bill.

Asked about the size of the spending bill, Manchin yelled, “I’m at $1.5” trillion to reporters in Congress on Tuesday evening.

Democratic Senator Jon Tester, who attended a White House meeting with another group of moderates, said afterward, “I think we’re making really good progress, better progress than I ever thought we were making.”

One of Biden’s major selling points in last year’s presidential campaign was his ability to find a middle ground at a time of deep political polarization, touting his 36 years as a moderate Democratic U.S. senator from Delaware.

Weeks of negotiations nonetheless failed to bridge the gap on the spending bill. Biden said on Oct. 1 that he would find an agreement “whether it’s in six minutes, six days or in six weeks,” but White House officials were increasingly concerned as the weeks ticked by. 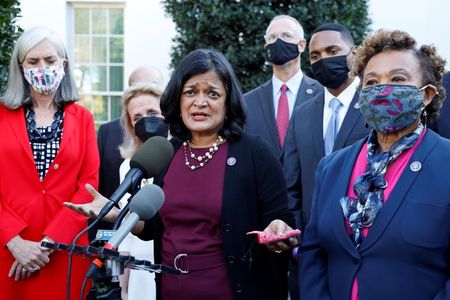 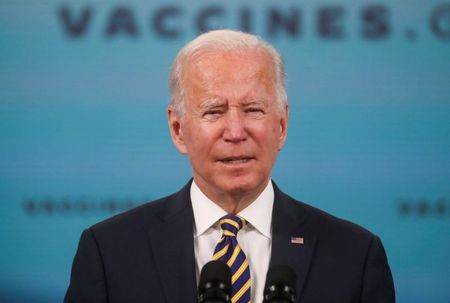 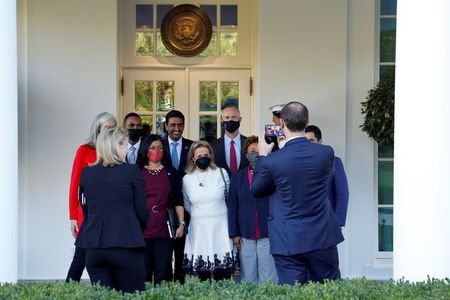 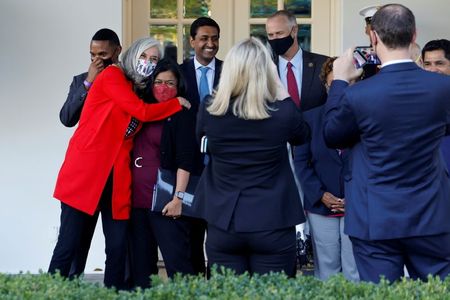