– California’s biofuel projects are important for the state to achieve its decarbonization goals despite “tremendous pushback” in some instances, a top state environmental regulator said on Tuesday.

California’s Low Carbon Fuel Standard program incentivizes energy companies to seek out new feedstocks that would lower the carbon intensity of fuels like diesel, jet fuel and gasoline. Refiners are trying to take advantage of the standard by selling more lower-emission products, currently a small part of overall fuel sales.

Oil refiners Marathon Petroleum and Phillips 66 are converting their Bay Area refineries to run on feedstocks such as vegetable oils and animal fats.

“The worst outcome is those investments don’t occur in the state,” said Richard Corey, executive officer at the California Air Resources Board, at Argus’ LCFS and Carbon Markets Summit in Napa, California.

Last year California Governor Gavin Newsom called on the state to expedite regulatory processes to repurpose and downstream oil production facilities such as refineries and to phase out the sale of internal combustion engines by 2030.

Some projects, which are currently undergoing environmental reviews by state and local agencies, have come under opposition from some people that “don’t want any fuel,” Corey said, without elaborating.

Environmental advocates have demanded that regulators consider the effects of the proposed biofuels projects on water, air quality and food prices, and have warned that the increased use of hydrogen in refining fats and oils might cause more flaring.

California is the largest consumer of both jet fuel and motor gasoline, according to data from the Energy Information Administration.

The state welcomes the creative energy of some refiners exploring options to produce fuels such as renewable diesel and sustainable aviation fuels, Corey said.

“Aviation … is going to be using liquid fuels for a very long time,” he said. 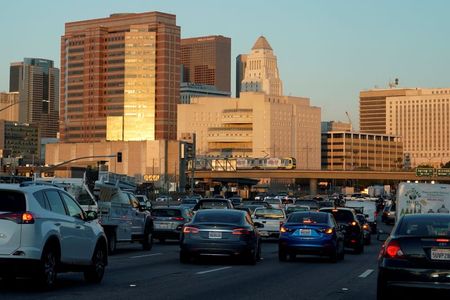