By Simon Lewis and Alexandra Valencia

QUITO -Ecuadorean President Guillermo Lasso assured U.S. Secretary of State Antony Blinken on Tuesday that democratic principles would be upheld during a state of emergency that Lasso declared to combat narcotics, Blinken said in a visit to Ecuador.

On the first day of his trip to Ecuador and Colombia, Blinken met with Lasso and Ecuadorean Foreign Minister Mauricio Montalvo. Blinken’s visit to Ecuador was intended to highlight the country’s democratic credentials.

On the eve of Blinken’s visit, Lasso declared https://www.reuters.com/world/americas/ecuadors-president-declares-60-day-state-emergency-over-rising-crime-2021-10-19 a state of emergency as Ecuador seeks to confront the consumption and trafficking of narcotics, which he said was in response to rising homicide figures.

The 60-day state of emergency will allow the military to join drug and arms confiscation operations in nine of the country’s 24 provinces, including Guayas, home to Guayaquil, the country’s largest city, Lasso said. Patrols will take place 24 hours a day.

Speaking at a joint news conference with Montalvo, Blinken said Washington understood that at times democracies needed to take certain measures under exceptional circumstances, but he said he had told Lasso that maintaining democratic principles was a priority for Washington.

“These measures, of course, need to be taken pursuant to the constitution. They need to be very focused in what they’re seeking to achieve and finite in duration, and of course, follow and proceed in a way that upholds democratic principles,” Blinken said.

“In discussing this with President Lasso when we met, he assured me that his government is committed to upholding all of those standards which are so important to the Ecuadorian people,” Blinken added.

The decree was “oriented towards and focused on guaranteeing citizens… protection from crime and violence,” Montalvo said at the news conference.

Lasso, a conservative ex-banker who took office in May, told Blinken ahead of their meeting that Ecuador “today more than ever shares the values of democracy and liberty” with the United States.

“We admire the strong voice for democracy that you have shared with the Ecuadorean people, but also for people throughout our hemisphere,” Blinken said, crediting Lasso for quickly rolling out COVID-19 vaccinations in the Andean nation.

Blinken will head to Colombia on Wednesday for meetings with Colombia’s president and regional foreign ministers.

Migration will be a focus of Blinken’s trip, against a backdrop of rising numbers of migrants heading toward the southern U.S. border, some from South America. 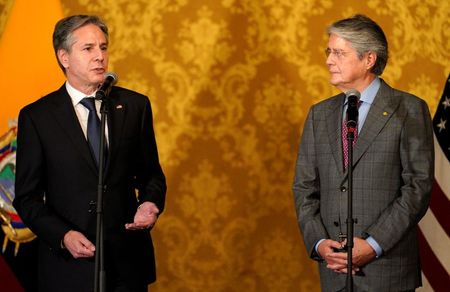 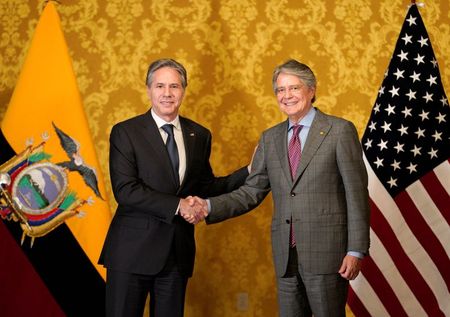 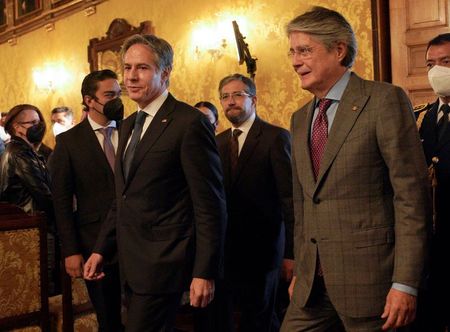 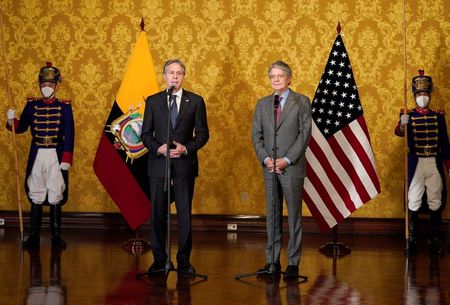 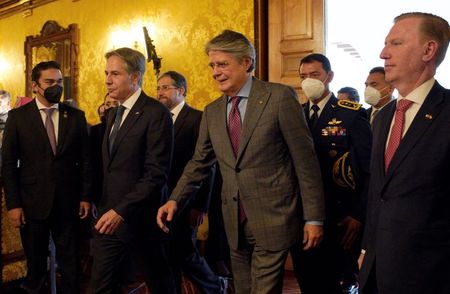