– Bank of America slashed its outlook on China’s economic growth for the second time in as many months on Tuesday, citing delays in major policy support from the central bank after an energy crisis that hit the country’s huge industrial sector.

The world’s second-largest economy has rebounded from the pandemic but momentum is cooling due to tough responses to new outbreaks of the Delta variant of the coronavirus, supply chain bottlenecks and debt troubles in real estate sector.

Some analysts had expected this would result in large scale policy easing but authorities have signalled this is unlikely https://www.reuters.com/business/china-will-maintain-prudent-monetary-policy-says-cbank-official-2021-09-07, and have focused on more targeted moves.

BofA reduced its real gross domestic product (GDP) growth forecast for China for this year to 7.7% from 8.0%, and cut its 2022 GDP forecast to 4.0% from 5.3% due to deferred effects of policy easing.

The downgrades come after data on Monday showed power shortages sent factory output in China back to levels last seen in early 2020 and challenges in the property sector dragged on GDP growth in the third quarter.

“While we think Chinese policymakers have entered the catch-up mode in late-September, in our view it may take quite some time for any new measures deployed to kick in,” a report accompanying the downgrade said.

The authorities have responded quickly to ensure coal and electricity supply but expect power shortages to affect industrial production for another one to two months, and said loosening of tight credit controls on the property sector had yet to kick in.

BofA on Tuesday predicted the People’s Bank of China would trim its loan prime rate by end of this year, but saw a threat of macro instability in the country due to “the delay in effective policy easing” as credit expansion continued to slow.

(Reporting by Anushka Trivedi in Bengaluru; Editing by Jacqueline Wong) 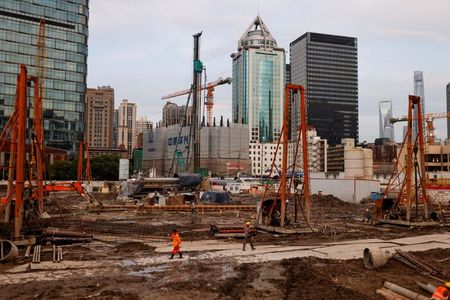