BRASILIA – Brazil’s Superior Court of Justice threw out on procedural grounds an indictment of 16 people in relation to the collapse of the Brumadinho dam owned by Brazilian miner Vale SA, a disaster that killed 270 people in 2019.

A chamber of the court known as the STJ ruled on Tuesday that the charges filed by state prosecutors in Minas Gerais should be filed through a federal court and not a state one.

The collapse of the dam unleashed a massive wave of tailings on the mining community of Brumadinho and its surroundings. The dead included 250 Vale employees.

The unanimous decision on an appeal filed last year by former Vale chief executive Fabio Schvartsman, one of the 16 people prosecutors sought to indict, means that the case has to begin again from scratch in a federal court.

The Minas Gerais state prosecutors office said on Twitter that it will appeal against the decision. 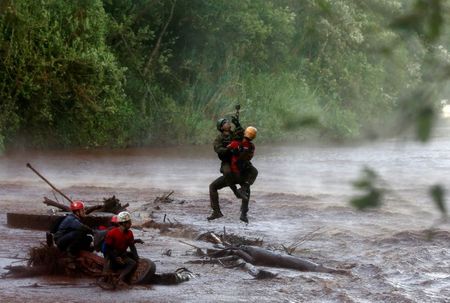