SHANGHAI – China is expected to keep its benchmark lending rate steady for the 18th straight month at its October fixing on Wednesday, despite growing pressure on the economy, a Reuters survey showed.

Nineteen traders and analysts, or 95% of 20 participants, in the snap poll predicted no change in either the one-year Loan Prime Rate (LPR) or the five-year tenor after the People’s Bank of China (PBOC) kept the interest rate on its medium-term loans unchanged last week.

The remaining one respondent forecast a marginal cut of 5 basis points to the one-year LPR and expected no change to the five-year tenor, which influences the pricing of mortgages.

China’s economy expanded 4.9% in the July-September quarter from a year earlier, data showed on Monday, its weakest pace since the third quarter of 2020.

The world’s second-largest economy is grappling with power shortages that have hit factories and debt problems in its property sector.

The strong market expectations for a steady LPR fixing in October came as the PBOC rolled over maturing medium-term loans last Friday and kept their interest rates unchanged.

“The MLF interest rate sets a baseline for commercial bank LPR quotations,” economists at Capital Economics said in a note.

“The PBOC has also kept market interbank rates broadly stable recently, giving commercial banks little incentive to lower lending rates of their own accord. All of this points to the LPR being left unchanged this month,” they said, but adding an obvious next step would be a cut to the five-year LPR to help to support housing demand.

The interest rate on the medium-term lending facility (MLF) serves as a guide for the LPR, and many traders and analysts say any adjustment to the LPR should mimic changes to the borrowing cost of MLF loans.

Sun Guofeng, head of the central bank’s monetary policy department said liquidity in China’s banking system would be basically balanced in the fourth quarter, with no big fluctuations, while emphasising that the PBOC would stick to normal monetary policy, which will be flexible, targeted and appropriate.

The LPR is a lending reference rate set monthly by 18 banks.

All 20 responses in the survey were collected from selected participants on a private messaging platform. 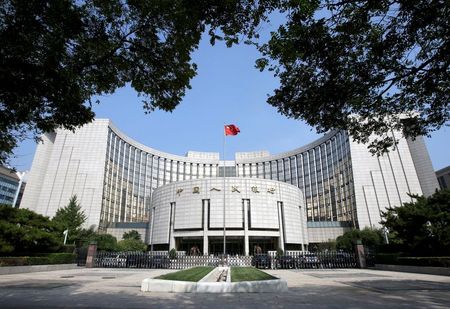