ORLANDO, Fla. – The Bank of England’s approach to raising interest rates since gaining full independence almost a quarter of a century ago has been anything but ‘gung-ho’, something to bear in mind amid the tightening frenzy currently sweeping UK rates markets.

Aside from the economic arguments against an early and aggressive rate-hiking cycle – which markets are also very cognizant of, judging by flattening yield curves – history shows the Bank’s Monetary Policy Committee rarely acts boldly or hastily when raising rates.

Fifteen of its 21 rate increases since May 1997 have followed at least one policy meeting where one or more MPC members have voted to raise official borrowing costs. Only six have come immediately after a unanimous vote for no change.

In other words, MPC voting patterns usually give a signal that a rate hike is in the offing. It looks like this could be one of the exceptions that proves the rule.

Inflation is the highest in almost a decade, fueled by supply bottlenecks, shortages, and rising energy prices. UK rates markets are on fire and the BoE is firmly expected to be the first major central bank in the world to raise rates, with an early and sustained cycle.

The latest gust of flame-fanning came from Governor Andrew Bailey, who said on Sunday that the Bank “will have to act” in the face of rising inflation.

After 13 successive unanimous MPC votes to keep the benchmark interest rate unchanged at a record low 0.10%, financial markets see a near-90% probability of a 25-basis point hike on November 4, and 50 basis points by February.

“That seems quite aggressive,” said former MPC rate-setter Andrew Sentence. “I’m not sure this is going to happen.”

And that’s from one of the Bank’s most hawkish policymakers past or present.

Sentance voted 20 times to raise rates in 56 MPC meetings between 2006 and 2011, the second most of any MPC member since the Treasury granted the Bank independence in 1997. (Former Governor Mervyn King’s 30 votes to raise rates were from 194 meetings)

Even if the Bank does pull the trigger next month, it probably won’t be without dissenting voices. Only twice before has the MPC followed a unanimous vote to keep rates on hold with a unanimous vote to raise them. Both times, Nov. 1997 and Aug. 2004, were late in their respective tightening cycles.

Some of Bailey’s MPC colleagues, such as Michael Saunders, have also sounded rate hike warnings lately, and several big banks have changed their BoE calls. JP Morgan’s UK economists were the latest to do so on Monday, and now predict a 15-basis point rise in November then a 25 bps move in February.

Short-dated yields have rocketed. The UK 2-year yield has risen 30 basis points in October so far, putting it on track for the biggest monthly rise since at least the Great Financial Crisis.

But longer-dated yields haven’t risen as much and significantly flatter yield curves point to growing concern that raising rates now will be a mistake.

It remains to be seen whether Bailey will be able to convince all his colleagues on the MPC to raise rates next month. Catherine Mann and Silvana Tenreyro have pushed back against the idea and have struck a more dovish tone lately.

Former MPC member Danny Blanchflower, one of the Committee’s most dovish members ever, argues that with fiscal policy also being tightened, raising rates is a huge economic risk and may also call into question the MPC’s credibility.

“Raising rates any time soon would seriously damage the reputation of the MPC. The likelihood would be that there would be a damaging about-turn in a few months,” he warns.

There are signs that rates and currency markets are guarding against. Sterling has failed to capitalize much on the surge in near-term rate expectations, and UK rates and yield curves have flattened aggressively.

And if not November, could the MPC give the British public a Scrooge-like Christmas present in the form of a December rate hike?

According to Sentance, this is even less likely: the Bank of England has raised rates in December only once in the last 45 years, in 1994. 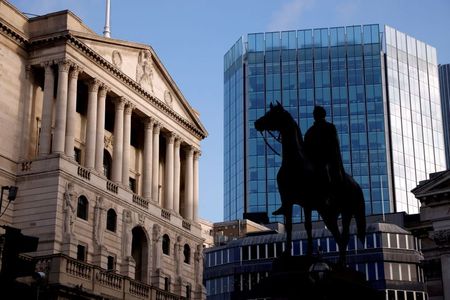 Waxhaw Man Sentenced To 27 Years For Production Of Child Pornography