NICOSIA – Cypriot artist George Gavriel almost lost his job as a high school headmaster after his works depicting Jesus in unconventional settings and also taking a swipe at politicians drew the wrath of religious and government leaders.

Gavriel, 62, uses his art as a protest medium to take aim at what he considers the ills of society.

Some of his work is inspired by the corruption scandals which have rattled the Mediterranean island, notably a now-discredited citizenship for investment scheme in which thousands of rich investors acquired passports.

“My inspiration, as is the case for most artists I think, comes from our experiences, our lives, concerns, the way we see the world, even our ideology,” Gavriel told Reuters as he displayed works in his home studio.

One of his paintings depicted President Nicos Anastasiades, with a halo around his head standing on a golden Cypriot passport. Others take aim at the perceived riches of the Church, juxtaposed against the humility of religious figures like Jesus Christ, painted among refugees, or on a donkey besides a church leader in a limousine.

After complaints about his work from the island’s influential Greek Orthodox Archbishop, Gavriel faced a disciplinary inquiry.

Depictions of Jesus – as a soccer fan, on a motorcycle, naked, or interned in a refugee camp – were “obscene”, the Church said in a written complaint.

The government said Gavriel violated both the spirit and the letter of his obligations as a civil servant and a high school headmaster.

“Can a headmaster who is simultaneously an amateur artist offend and insult, through his work, people and institutions? No he cannot,” Education Minister Prodromos Prodromou said after appearing at a parliamentary inquiry.

However, the process was dropped after a public outcry and expressions of support from lawmakers.

“I believe that in a democracy freedom of expression in art should be guaranteed and nobody should be prosecuted about how they express their views through their art,” said Alexandra Attalides, an MP for Cyprus’s Greens Party and a co-sponsor of an inquiry into the matter by parliament’s Human Rights Committee.

The office of Archbishop Chrysostomos, the head of Cyprus’s Church, did not respond to requests for comment.

“Some people might think that I insulted religion. That is their right. I had no intention of offending religion, its just creating a work without any limitations,” said Gavriel, a graduate of a Russian academy of fine arts whose works also hang in a museum in China.

Gavriel says the government failed to listen to his side of the story.

“I think one battle has been won, but the war continues,” he said. 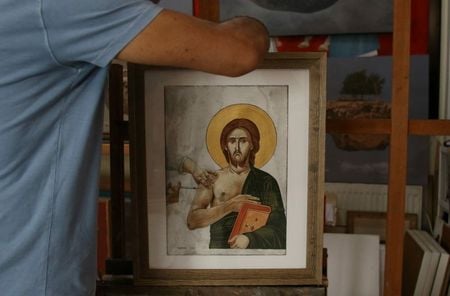 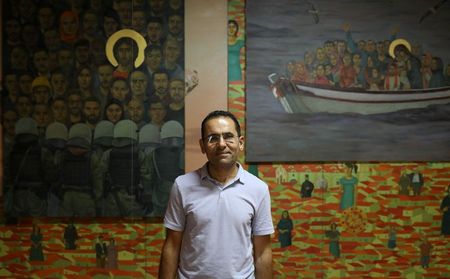 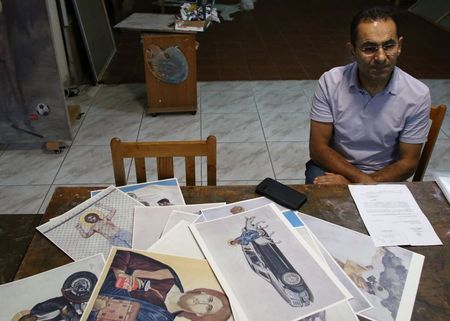 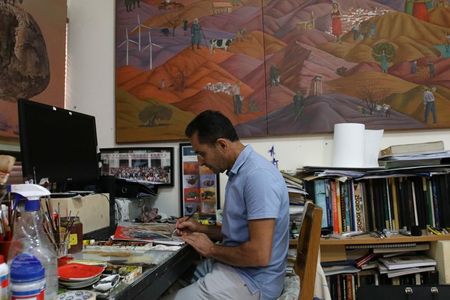 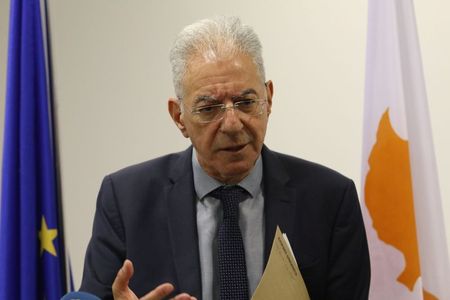