FRANKFURT -The surge in inflation in the euro zone is still mostly temporary but households and firms will start to lift their price expectations if it lasts much longer, European Central Bank policymaker Olli Rehn said on Tuesday.

Inflation in the euro zone hit 3.4% last month according to flash estimates amid higher energy prices and supply constraints pushing up the price of a range of goods.

“If this state of elevated inflation were to last much longer, it would likely have a more significant effect on inflation expectations,” Rehn, the Finnish central bank governor, said in a speech.

“Indeed, the selling price expectations, three months forward, of both the industrial and the retail sectors have started to rise amid these temporary price pressures,” Rehn said.

He added that “some” factors driving up inflation were proving more persistent than previously thought but, on balance, the evidence still pointed to price growth easing.

“The counter evidence speaking for the transitory interpretation is quite convincing,” Rehn said. “When looking at the longer-term expectations, there is no upward trend…(and) core inflation in the euro area is still subdued.” 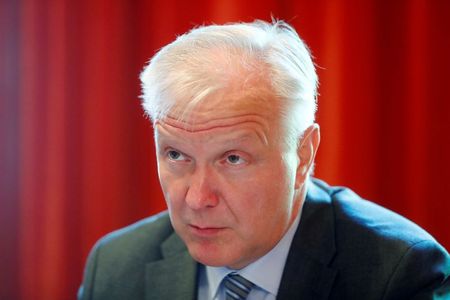