BRUSSELS – The European Commission opened a debate on Tuesday on how to reform the European Union’s fiscal rules to deal with a pandemic-induced surge in public debt and with the huge investment needed to fight climate change.

“We are re-launching this review of our economic governance against a backdrop of enormous investment needs, as the climate emergency becomes more acute with every passing year,” European Economic Commissioner Paolo Gentiloni said.

“At the same time, the powerful fiscal support provided during the pandemic has led to higher debt levels. These challenges make it all the more essential to have a transparent and effective fiscal framework,” he said.

The debate is to produce a fourth reform of the rules since they were established in 1997 to limit government borrowing to safeguard the value of the EU’s currency — the euro. Revised in 2005, 2011 and 2013, the so-called Stability and Growth Pact is now so complex that few people fully understand it.

High public debt is the main headache now because public support to European economies during the pandemic boosted average debt in the euro zone to around 100% of national output from 60-70% in the early 1990s when the rules were drafted.

Annual debt reductions required by the current rules are simply not realistic for countries with debts of 160% of GDP like Italy or more than 200% like Greece.


But while many EU finance ministers see the debt reduction requirements as too strict, there is no agreement yet on how to deal with it – whether through the interpretation of existing laws or through the more difficult changes to legal texts.

The other big challenge is to make sure that the rules do not tie governments’ hands at a time when the 27-nation EU needs to mobilise hundreds of billions of euros to bring net CO2 emissions to zero by 2050.

An analysis by the Bruegel think-tank for EU finance ministers in September showed additional public investment to meet the EU’s climate goals will have to be 0.5%-1.0% of GDP annually during this decade alone. Bruegel proposed exempting investment to fight climate change from EU deficit calculations.

The idea has the general backing of Spain, Italy, France and others, but officials also point out the difficulty in defining what is and what is not a “green” investment.

The Commission said that after gathering all the views on what should be done during the debate, it would “provide guidance” in the first quarter of 2022 for fiscal policy “for the period ahead” so that governments know what rules to stick to when preparing long-term fiscal plans. 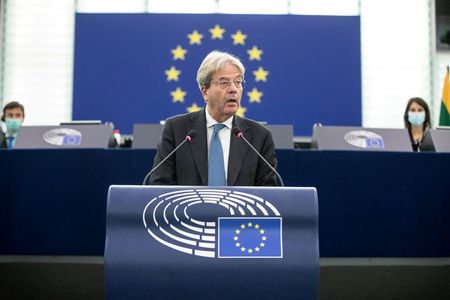