-Myanmar’s military-appointed authorities are doing their best to revive an economy in turmoil since a February coup and stabilise the kyat currency, a minister told Reuters on Tuesday, blaming the crisis partly on foreign backers of its opponents.

The currency lost more than 60% of its value in September after the Southeast Asian nation was roiled by months of protests, strikes and economic paralysis following the coup.

Inflation has soared to 6.51% since the military took power from 1.51% previously, and foreign reserves stand at 11 trillion kyat, or $6.04 billion at the central bank’s official rate, the minister, Aung Naing Oo, said in a rare interview.

It was the first time Myanmar had disclosed its level of foreign currency since the coup, and compares with a World Bank figure of just $7.67 billion at the end of 2020.

The junta’s investment minister said Myanmar was suffering from the fallout of the COVID-19 pandemic but attributed its economic troubles to sabotage by opponents of the junta, a strategy he said was backed by some foreign elements.

“The pandemic has posed in Myanmar a serious threat. It has led to an economic slowdown that has been worsened by sabotage and civil disobedience that has affected national stability,” said the key former policymaker in the army-backed government that ran Myanmar after the end of direct military rule in 2011.

Asked which countries had backed “economic sabotage” and what evidence there was, he declined to specify, saying only: “We have received a number of evidence of how they interfere.”

International media had exaggerated the crisis, he said, adding: “Hopefully, in a few months, we will be able to restore our normal situation.”

Six foreign companies had applied for permission to exit Myanmar since the coup and others had suspended their business, he added.

They include one of the biggest investors, Norwegian telecoms company Telenor, which announced in July it was selling its Myanmar operations to Lebanese investment firm M1 Group for $105 million.

Related News:   'Rust' to be completed with Baldwin in lead role, lawyer says

Telenor executives had been requested not to leave the country while the deal is pending approval, Aung Naing Oo said. [L4N2RF2E5]

The fall in the value of the kyat has driven up food and fuel prices in a fragile economy the World Bank forecasts to contract 18% this year, slumping far more than its neighbours.

Steps had been taken to build confidence in the currency, said Aung Naing Oo, a former member of the military who had served in the ousted government of Aung San Suu Kyi.

Authorities will encourage use of online payments, loans for farmers and debt moratoria, among other efforts to help the economy, he added.

The ratio of tax to gross domestic product had fallen to 5% to 6%, down from 8.4% in 2020, he said. Opponents of the coup have been refusing to pay tax to the junta, which has sought to crush resistance in an attempt to consolidate power.

Troops have killed hundreds of opponents and dozens of children since seizing power and detaining most of the civilian leadership, according to monitoring group the Assistance Association for Political Prisoners.

Asked why he, someone known as a reformer, was working for a military that had reversed the democratic transition, Aung Naing Oo said he thought he would have “more power to push for reforms” if he accepted the appointment as minister.

His predecessor and ex-boss, Thaung Tun, the investment minister under Suu Kyi’s government, is one of several former senior officials who have been detained since the coup.

He is being held in a guesthouse in the capital, Naypyitaw, said Aung Naing Oo, “in a very safe area with other ministers”. 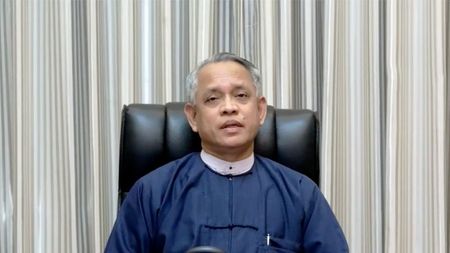 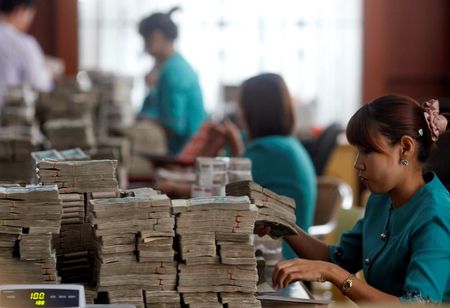