By Sophie Yu and Tony Munroe

BEIJING – A Chinese-made Korean War epic has topped the global box office, tapping a vein of rising patriotism in China and prompting moviegoers to post videos of themselves eating frozen potatoes to emulate the hardships endured by soldiers in the conflict.

“The Battle at Lake Changjin”, released to coincide with China’s Oct. 1 national holiday, had grossed nearly 5 billion yuan ($779.13 million) by Tuesday, according to data compiled by Lighthouse, a box office tracker owned by Alibaba Pictures .

That puts it ahead of current global blockbusters including the latest 007 film, No Time To Die, and Marvel’s Shang-Chi and the Legend of the Ten Rings, according to IMDb-backed movie data website Box Office Mojo, and makes it the biggest-grossing war film ever, overtaking Christopher Nolan’s Dunkirk, which took in $526.9 million.

Having premiered 20 days ago, the three-hour-movie currently accounts for half of all films being shown in Chinese cinemas, according to Lighthouse. It was made with the support of the central government’s propaganda department, according to state news agency Xinhua.

Starring Wu Jing, who directed and played the lead role in Wolf Warrior, another nationalistic Chinese blockbuster, the film depicts Chinese soldiers battling the much-better equipped U.S. troops during the bitter cold of the 1950-1953 war.

The conflict ended in an armistice rather than a peace treaty, leaving U.S.-led U.N. forces technically still at war with North Korea.

The movie, which cost $200 million, is the latest in a series of patriotic titles China has churned out in recent years. The film has been embraced by official media, and a former journalist was arrested by police for suggesting on a social media platform that the soldiers frozen to death in the movie had been foolish.

One scene in the movie shows soldiers chewing frozen small potatoes between battles while their U.S. counterparts feast on Thanksgiving turkey.

Some cinemas have distributed frozen potatoes to audiences before the movie, according to videos on Douyin, the Chinese version of TikTok, with many showing moviegoers eating them or the fried flour that was also eaten by Chinese soldiers.

A young woman in one such video cried after the first bite, saying it was impossible to eat.

“The frozen potatoes they ate give us the good life we have today,” said another Douyin user.

Peking University professor Zhang Yiwu said the increasing popularity of local films posed a challenge to Hollywood’s efforts to gain share in China’s movie market. “Hollywood’s movie industry produced one standard product for global audiences in the past, but they might have to learn how to cater to the Chinese market,” Zhang said. 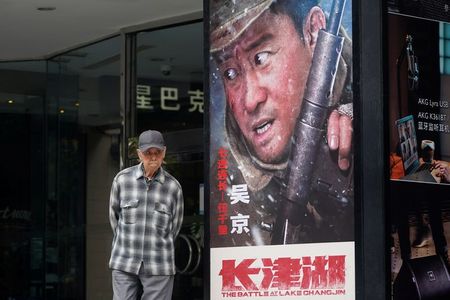 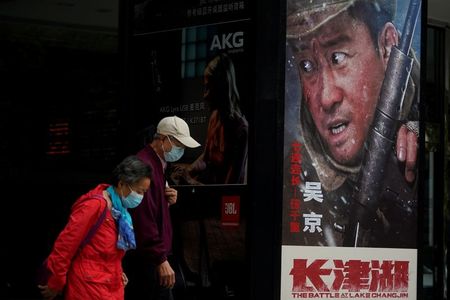 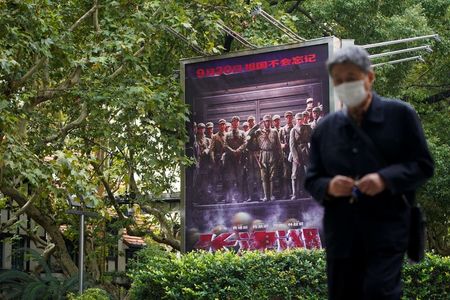